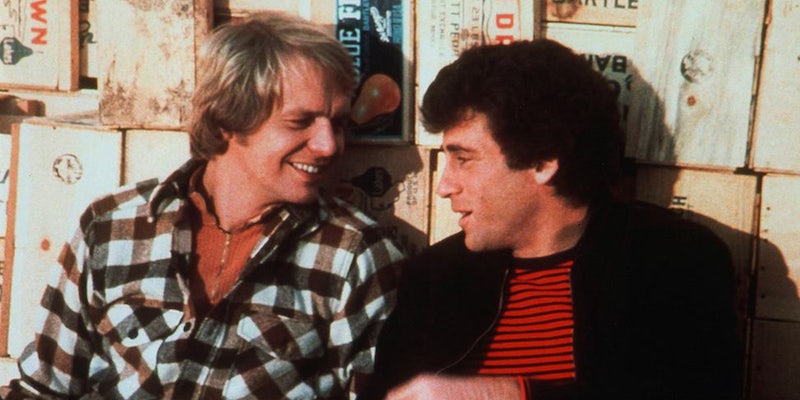 The Crack Van, a pillar of fandom on LiveJournal, shuts down after 10 years

The Crack Van was LiveJournal's most reliable source of fanfiction recommendations for a decade.

There was a time when LiveJournal community crack_van was a household name in the world of Internet fandom. Now, after 10 years of activity and fandom’s mass exodus from Livejournal to platforms such as Tumblr and Archive of our Own, it’s shutting down for good.

The Crack Van’s purpose was twofold: To introduce people to new fandoms, and to provide trustworthy fanfiction recommendations for people who didn’t have time to wade through a ton of terrible writing to find the good stuff. Over the years, it’s provided guides to everything from Starsky & Hutch to this year’s big hits, Attack on Titan and Welcome to Night Vale.

Each month a new moderator took over the community, posting recommendations from their own fandom every day. At its peak, the wait list to be a crack_van moderator could be up to a year long, but ten years and 25,000 recs later, most of its readership has left Livejournal for good.

But crack_van’s dwindling audience isn’t just a case of fans moving away from LiveJournal, it’s also because fandom culture in 2013 is very different from the way it was a decade ago. On Tumblr, new fandoms can go viral in a matter of hours, without the aid of organised communities or even fanfic. In an email to the Daily Dot, longtime crack_van reader and occasional contributor Nora Bombay wrote,

“The best feature of crack_van was the elaborate introduction to fandoms, prepping you for the fic well before you got the painstakingly sourced source material. It takes a lot less convincing these days, when a quick trip to youtube will produce this video: Everything you need to jump into BBC Sherlock fandom in 7.5 basically legal minutes.”

Crack Van’s popularity was partly down to its reliability when it came to fanfic recommendations, and partly because it was way more convenient than sifting through multiple LiveJournal accounts for more details and fanfic links. Not only is it now a lot easier to just download the original movie or TV show in the first place, but general fandom information is far more accessible. With the demise of LiveJournal fandom, it’s become a lot easier to locate the fanfic you want to read, but the exchange between writers and readers has become far less social and collaborative. Now, most people just go to Archive of our Own or fanfiction.net for their fanfic, and use Tumblr or Twitter to socialize and post fanart or GIFs.

The death of Crack_Van isn’t just the final nail in the coffin of LiveJournal fandom, but may also signal an end to fandom’s reliance on community blogs when looking for new fanfic. Although people do obviously still rec things to their friends (or use social bookmarking site Pinboard, which requires a membership fee), Archive of our Own’s clever tagging system means that you can find any fandom’s most popular fic in a matter of seconds. Similarly, there’s less of a need for specific genre or pairing recommendations, because authors tag them on AO3 as well. Essentially, Crack_Van has been rendered obsolete.

Still, 10 years was a good run. Older fans will undoubtedly still use crack_van’s archives to look for the most well-reviewed fics in pre-existing fandoms, while younger fans on Tumblr have moved onto a new kind of community. Although the days of collaborative writing on LiveJournal are probably gone for good, fanfic culture is growing all the time. And who knows, maybe a new equivalent to crack_van will show up on one of the other social media sites one day.