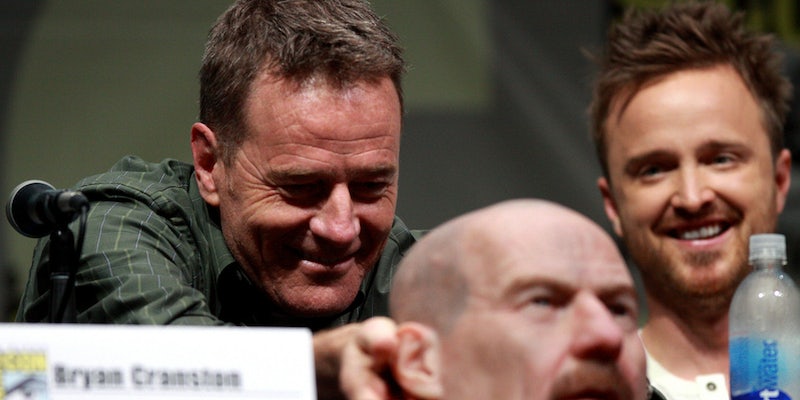 You can own the ultimate Walter White Halloween costume—if you can afford the price tag.

You can own the ultimate Walter White Halloween costume—if you can afford the price tag.

The silicone mask that Bryan Cranston wore during San Diego Comic-Con and for a series of talk show interviews is now being auctioned off on eBay.

Cranston famously disguised himself as his alter ego so that he could walk around the main floor without being bombarded by passionate fans.

He later revealed himself during the Breaking Bad Comic-Con panel and made out with the mask, one of only four masks created by Landon Meier, along with costar Aaron Paul.

Cranston then took the mask on a number of talk shows to promote the show, including a memorable appearance on Late Night With Jimmy Fallon in which Fallon and rapper Common both donned the mask.

Signed by both Meier and Cranston, the mask is described as being “in perfect condition other than a little celebrity spit and sweat.” It was handcrafted with an amazing amount of detail and also comes with a display stand.

The auction, which currently stands at $31,000, is supposed to end on Sept. 30, the day after Breaking Bad’s series finale.