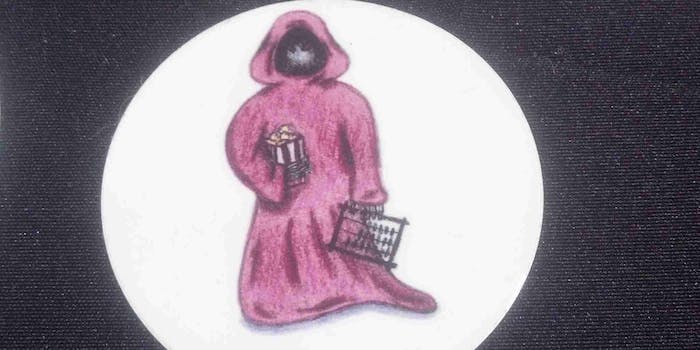 These three friends count the dead bodies in horror films so you don't have to.

Three women from southern New Jersey are doing their share to keep horror fandom alive and well—one corpse at a time.

Dana, Stacey, and Lygia are responsible for Bodycounters, a site that posts body counts from all sorts of feature films, ranging from the popular to the obscure. They’ve chronicled over 1,300 movies and a total of roughly 51 million bodies.

“We count bodies so you don’t have to!” Stacey proclaimed recently at Wizard World Comic Con in Philadelphia, Penn., echoing the site’s tagline.

Since 2006, the three longtime friends have met up regularly to compare notes on films in which death came knocking. Once verified, each flick—and its body count—is added to the site’s ever-growing list, which includes the Star Wars saga (1,975,910,330) and all of the Terminator movies (3,000,500,144).

“If it’s a particularly hard body count, we’ll meet once a month to watch the movie together,” Stacey, the site’s spokeswoman, explained to the Daily Dot.

Here are a few of the of the more shocking statistics revealed by the site:

The three take the process seriously. While every body—be it human, animal, or alien—counts toward the grand total, there are many stipulations in place: Only fresh bodies count; dream sequences and deaths that occur outside of the movie’s running time are ineligible.

It’s a site run by and for horror fandom. Bodycounters encourages curious parties to contribute their own reviews and head counts, and the three regularly attend conventions like the one in Philadelphia, where the women met with fans and talked trivia.

“I think the Saw movies were responsible for horror’s resurgence,” noted Stacey. “The horror community is so great. We’re really passionate about our interest and you run into so many great people.”

Despite its onscreen proclamation, Stacey said that Hot Shots: Part Deux is far from the “bloodiest movie ever.”

Believe it or not, the film with the highest corpse total is not something starring Jean Claude Van Damme or adopted from a Nicholas Sparks novel. Rather, the honor belongs to Melancholia, a little-known Danish film starring Kirsten Dunst and Kiefer Sutherland. The site lists the film with a body count exceeding 7 billion.