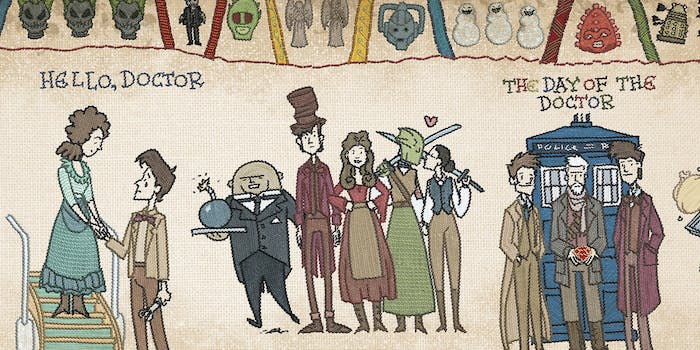 The "Baywheux" tapestry depicts 50 years of Doctor Who history in emroidered form.

With the 50th anniversary celebrations of Doctor Who coming up later this month, Whovians are feeling seriously inspired. And in the case of fan artist Bill Mudron, that inspiration took shape as a cartoon depiction of the show’s history, told in the form of the Bayeux Tapestry, the legendary, 1,000-year-old embroidery that depicts the Norman conquest of England.

Nicknamed the “Baywheux” Tapestry, Mudron’s digital painting is twelve feet long and features iconic characters and moments from the past fifty years of Doctor Who. In the first panel, we see the first Doctor leave his home planet of Gallifrey and meet his companion Susan: 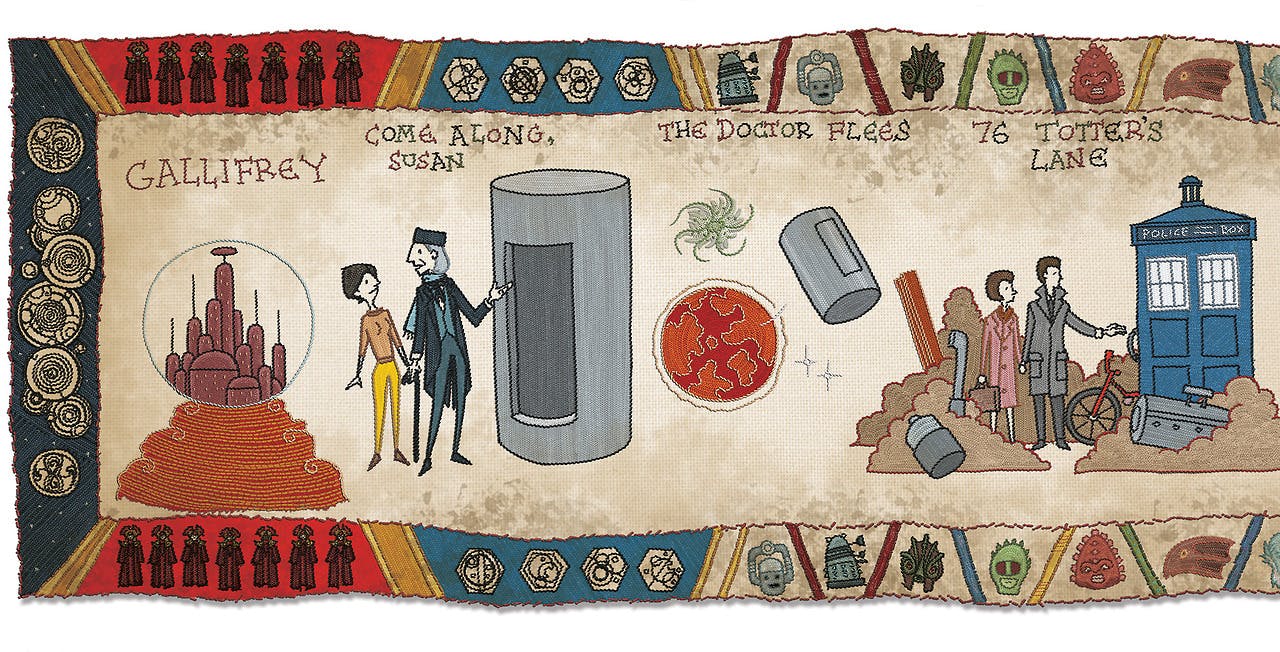 Later on, we see Tom Baker-s fourth Doctor hanging out with robot dog K-9, and wearing his famous stripey scarf. 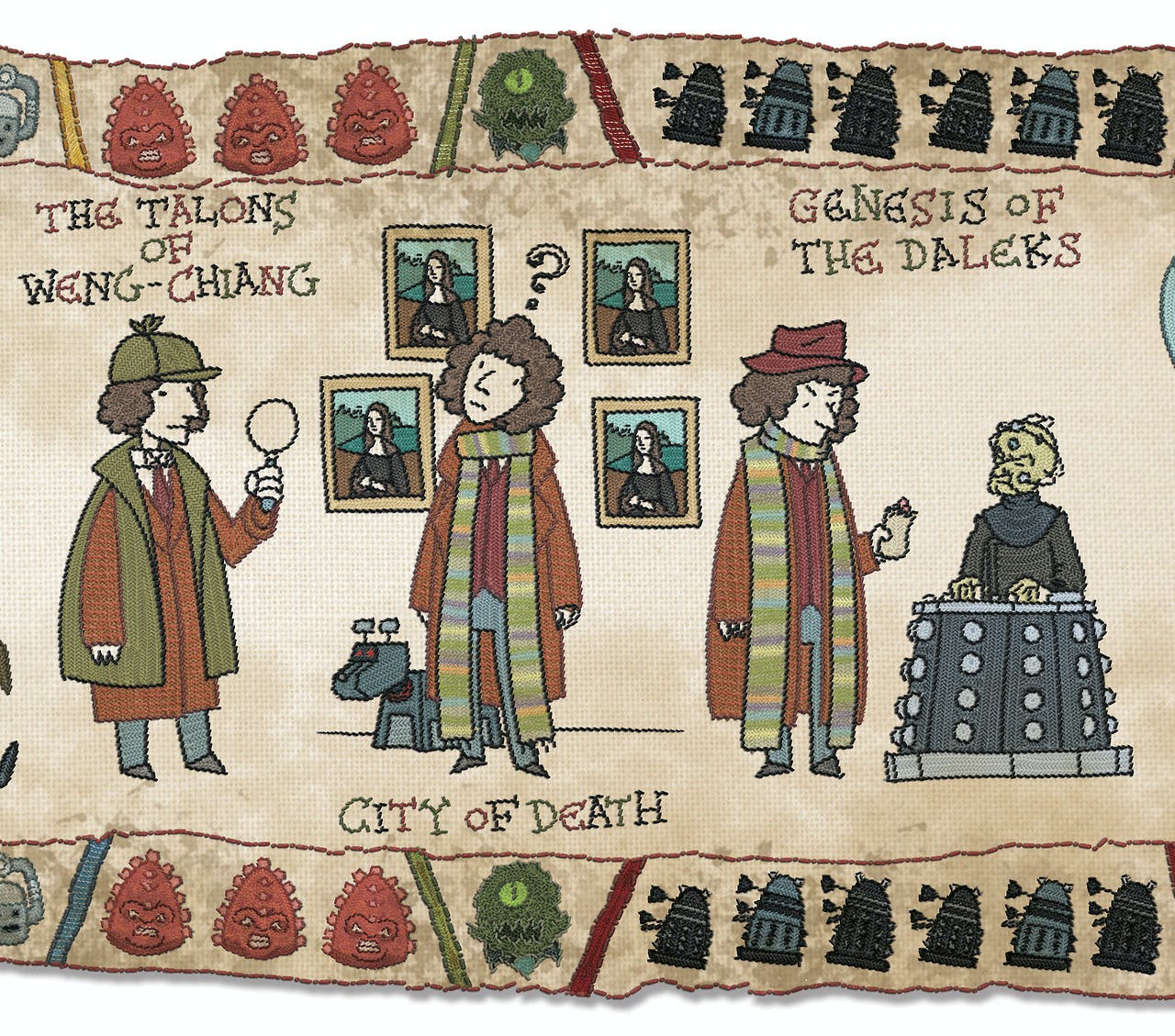 And towards the end, the Doctor regenerates into Christopher Eccleston and meets up with various companions from the show’s 21st century reboot. 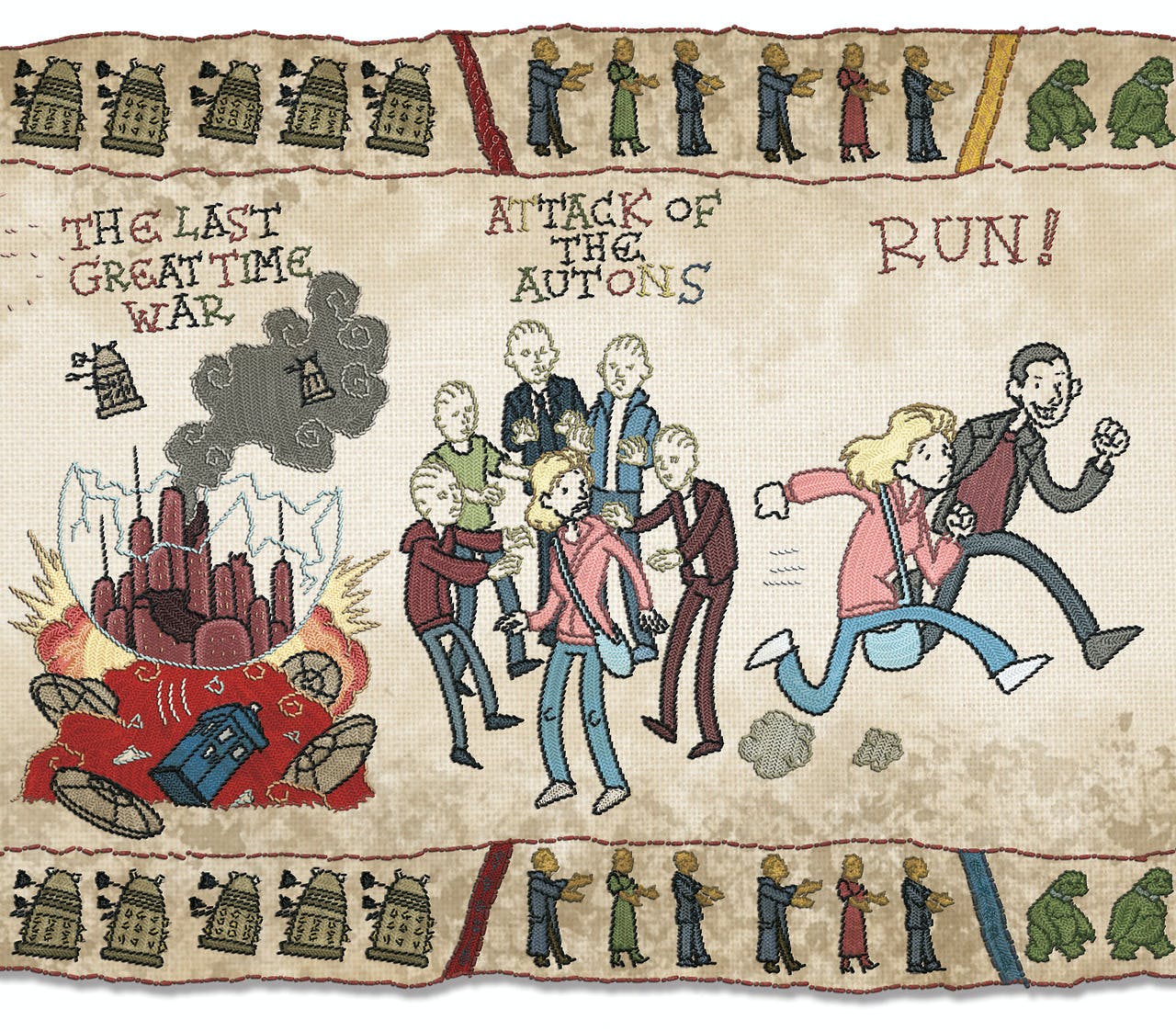 Finally, he finds himself reaching The Day Of The Doctor, the 50th anniversary special episode that will air on Nov. 23, 2013. The final illustration is cut in half, hinting at things to come in this year’s Christmas episode, when the current Doctor, Matt Smith, will regenerate into new actor Peter Capaldi.

The timeline does come in poster format, but sadly not as a full-length tapestry to hang around the walls of your room. True Whovians had better get sewing.