Is this YouTube series counting down to a new “Battlestar Galactica”?

The Pronunciation Book YouTube channel is a viral marketing campaign for a major media franchise. We believe it's a new Battlestar.

By GABY DUNN and AJA ROMANO

For the past week, we’ve been obsessed with a three-year-old YouTube channel called Pronunciation Book. It’s a harmless English-instruction video series that recently went rogue and turned into an ominous countdown for an unidentified event. We speculated that the cryptic series was a promotional campaign for a major media release.

. Update: We were wrong.

Pronunciation Book is one of the most patient and elaborate marketing projects ever constructed. Until a week ago, no one would have predicted anything was amiss with the channel, but its sudden about-face—from “How to Say 77” to “Something is going to happen in X days”—sparked an intense investigation on 4chan, Reddit, and other forums, resulting in a lengthy crowdsourced Google Doc that compiled more than a dozen theories.

Each video is a frustratingly vague clue. Lines like “I’m in love with you, but you’re not here” could mean absolutely anything. But after combing through hundreds of lines, we found a common theme that’s impossible to ignore. And if it’s true, at the end of the countdown, Pronunciation Book will announce what will surely be the most highly anticipated sci-fi release of 2014.

We believe the videos point to a Battlestar Galactica reboot. 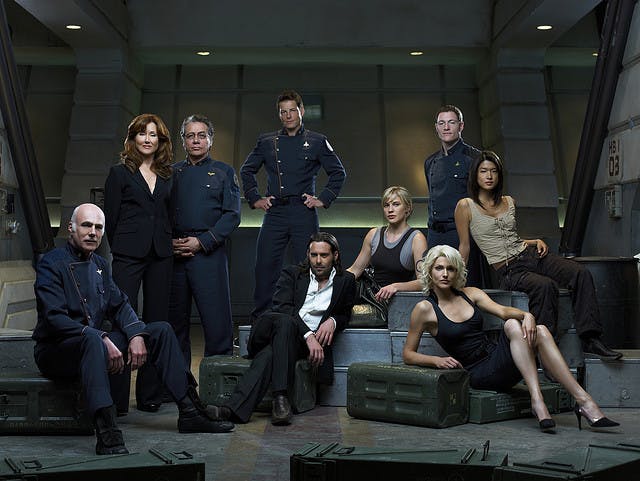 Here’s what we know: It is not an alternate-reality game (ARG). It’s a film or TV series. And the buzz has been in development for three years.

X-Men director Bryan Singer has been working on a film version bridging the gap between the original series and the reboot for more than a decade. In 2011, he announced he had found a screenwriter and the project was moving forward. (However, earlier this year, he seemed to have put his plans on hold to return to the X-Men franchise after his low-performing Jack the Giant Killer.)

Singer’s film could be a new series expansion based on the two years the Battlestar Fleet spends on the destitute colony of New Caprica. Many lines from the countdown (see below for our point-by-point analysis) directly relate to the New Caprica storyline.

Many more pieces of the Pronunciation Book puzzle seem to reference New Caprica or its older, destroyed namesake. A recent manga expansion of the series also dealt with New Caprica, and—wait for it—so did Singer’s original vision of the film project.

The kicker? The manga was released on April 14—the same date that Pronunciation Book launched the creepy instructions. The date also repeats in the series: “Our anniversary is April 14.“

Clues about “All Along the Watchtower”

Pronunciation Book Episode 567: Please help me escape from this place. I need your help with something, Chief.

Is it Battlestar? Before the Final Five “awake,” they are all heard repeating the words to the music—that is, “All Along the Watchtower.” This helps them to realize that they are Cylons. This could also refer to the song’s line “None will level on the line / nobody offered his word.”

Countdown Day 64: No one is singing. Every day is the same.

Is it Battlestar? This could refer back to the music after the reveal of the Final Five, and after the Cylon occupation, in which every day is the same for the human colonists. In fact, one might say there’s “No reason to get excited / There are many here among us / Who feel that life is but a joke.”

Episode 632: I think the first coordinate is wrong. … There’s nothing here.

Is it Battlestar? In the revamped Battlestar Galactica, the first planetary coordinates the Fleet jumps to when they escape the Cylons takes them to New Caprica, a desolate, barely habitable planet that is nothing like Earth. In that sense, it was “wrong.”

Episode 692: Fifth, what wasn’t Chief telling me about the Tlaxcala office?

Is it Battlestar? Tlaxcala is an ancient Mexican region that was able to successfully resist the encroaching Aztec empire for more than 200 years, which could be analogous to the Cylon resistance. Much like Baltar’s betrayal of the human colonists on New Caprica, Tlaxcala’s leader also betrayed them by striking a deal with invading Spaniards. This allowed them to erode Aztec rule in the region but made them subject to European colonization.

Countdown Day 72: You can see it in the markets. Everyone’s ready for a storm.

Is it Battlestar? Silicon storms scramble the circuits of Cylons and can cause them natural damage. Markets are a recurring image in the show, with a market in the fleet and markets in New Caprica.

Countdown Day 69: No one is ready. He watches the market.

Is it Battlestar? Gaeta, who is the senior officer of the watch on the Galactica crew, watches the markets during his spy runs for the rebellion on New Caprica during the Battlestar Galactica summer miniseries, Razor.

Countdown Day 67: We fell into the jungle for a summer of dollar crime.

Is it Battlestar? This could be a reference to the activities of the black market of New Caprica (the “jungle”), which took place during Battlestar Galactica: Razor.

Countdown Day 64: No one is singing. Every day is the same.

Is it Battlestar? This could easily be a description of Cylon-occupied New Caprica.

Clues about Cylons and the Final Five 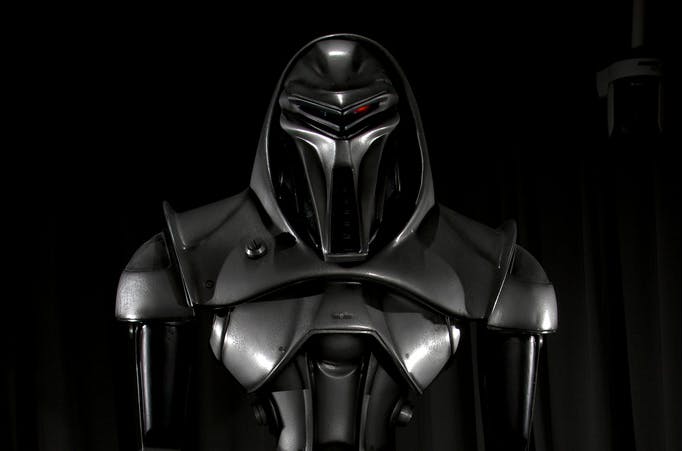 Episode 568: I think we should learn the local customs.

Is it Battlestar? In the original Battlestar Galactica, Specter is a Cylon who develops a unique understanding of humans after interacting with them continually. In the revamped series, the Cylons infiltrate human cultures and pretend to be human.

Episode 570: This tragedy is no one’s fault but our own.

Is it Battlestar? In the miniseries, Adama tells the assembly that the Cylon rebellion is the fault of the human Twelve Colonies.

Is it Battlestar? The Cylons evolved from robotic machines to human forms. In the miniseries, Adama notes, “God didn’t create the Cylons. Man did. And I’m pretty sure we didn’t include a soul in the programming.” This line from the miniseries is thrown into doubt over the series as the Cylons are portrayed sympathetically, and several of them fight with humans.

Episode 645: We had no idea we were enabling the oogenesis of a new power.

Is it Battlestar? This could be another reference to the origins of the Cylon species.

Is it Battlestar? The Final Five are all Cylons who have become prominent, well-known members of the Galactic Fleet.

Episode 685: Did you try to unplug the router then plug it back in again?

Is it Battlestar? This is a metaphorical description of what happens when a Cylon regenerates. 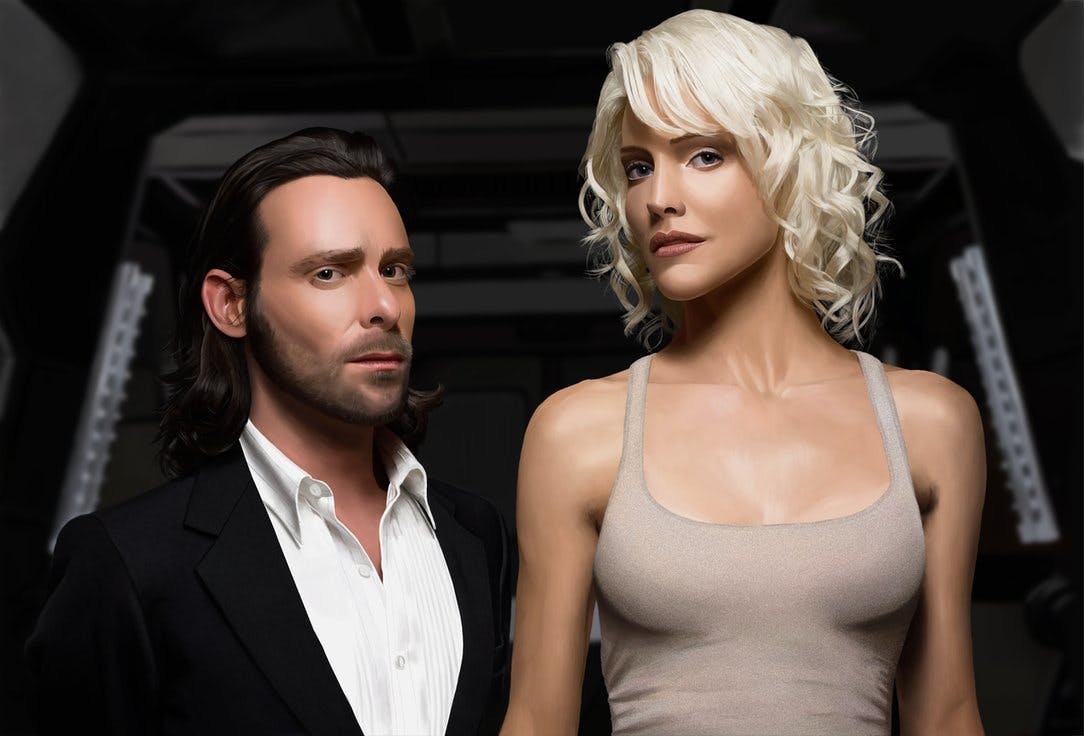 Episode 598: Say bye-bye to the city that you love.

Is it Battlestar? This could be a reference to the destruction of Caprica City.

Is it Battlestar? Gaius Baltar is literally in love with the hallucination in his own head.

Episode 673: I must have had some idea that we were doomed, but I was too young to care.

Is it Battlestar? In the miniseries, Six tells Gaius that he knew subconsciously she was a Cylon, and that she was using him to destroy Caprica.

Episode 675: Back then, I only had two things to live for: her and the mission.

Is it Battlestar? In the miniseries, Six tells Gaius that she chose him for her mission to compromise Caprica’s security.

Episode 677: In such an unfamiliar place, you lose track of what is real. A: What’s the real reason Mendoza is stalling? B: Chief says Mendoza can be a real diva during wartime.

Is it Battlestar? Thanks to his hallucination of Six, Gaius Baltar frequently has doubts about what’s real. Baltar also stalls his creation of the Cylon detection serum based on orders from his hallucination. And “diva” is perhaps the most accurate possible description of Gaius Baltar.

Episode 686: When the assault became unbearable, Glyph used his aegis to shield our party. The priest wears a purple aegis. It hasn’t been fashionable to wear a purple aegis since Fall ’05.

Is it Battlestar? The description of an unbearable assault in which a party was shielded may refer to the miniseries, in which, during the Fall of Caprica, Six shields Gaius Baltar from the blast impact. The ancient scriptures of the colonies are written in pictograms based on hieroglyphics. One such scripture describes the Final Five as Cylon priests: “Five pillars of the temple were fashioned after the five priests devoted to the one whose name cannot be spoken.” Purple is the Caprican street word for opium. The DRADIS radar system used in the revamp is similar to a real-life naval radar system known as the aegis.

Countdown day 73: Tension between the districts has spiked in the last few months.

Is it Battlestar? Caprica was a city divided into districts before the Fall. 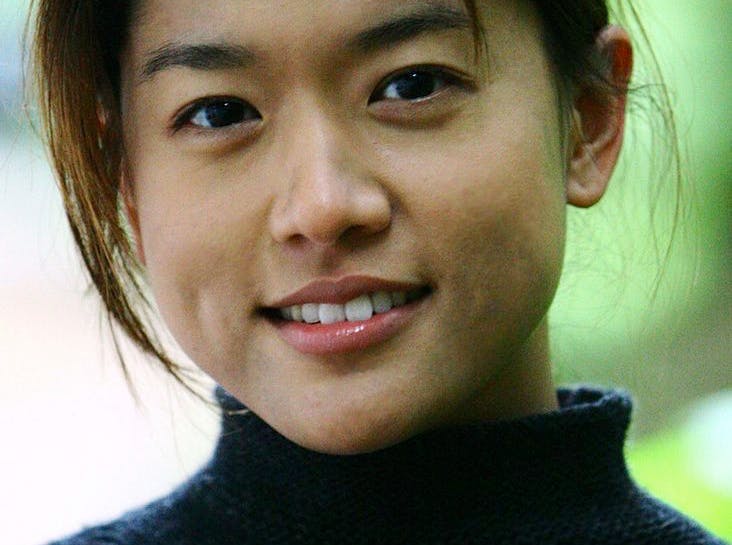 Episode 584: I don’t care what Chief said. You are going to complete this assignment.

Is it Battlestar? In season 1, Sharon Valerii struggles with her newly activated identity as a cylon, in part because of her relationship to Chief Tyrol. However, she eventually completes her assignment, shooting Commander Adama.

Episode 667: What famous war ended with a battle between twin generals on opposite sides?

Is it Battlestar? At the series conclusion, the war between the cylons and humans ended with the “twin” Sharon clones, Athena and Boomer, on opposite sides of the fight.

Is it Battlestar? In the Battlestar Galactica revamp, it takes five years for Sharon “Boomer” Valerii to redeem herself after shooting Commander Adama at the end of season 1. Boomer did a stint in prison after the shooting but eventually appears to side with the humans just before she dies.

Episode 695: Eight, what connection did Chief’s ex-wife have with President City? A) There’s got to be a connection between the two systems. B) The only connection I see is shared frustration, and the occasional repeated phrase.

Is it Battlestar? Chief Tyrol’s ex-girlfriend, Sharon “Boomer” Valerii, was the Eighth cylon. After her betrayal of the Galactica, she joins the Cylons in their occupation of New Caprica, the “new” capital city of the human refugees. The “connection” between humans and cylons is Hera, the son of Helo (a human) and Sharon, Boomer’s Cylon clone. Hera proves to be vital in the unification of the cylon and human races.

Episode 697: And tenth, why did she insist we conceal our relationship from the rest of the squad? … I wonder what else they’re concealing?

Is it Battlestar? In season 1 of Battlestar Galactica, Chief Tyrol and Boomer conceal their relationship from the rest of their squadron. Much later on, it’s revealed that both Chief and Boomer are Cylons.

And there’s far more to dig into. Themes of the Ouroboros, astronomy, and “young heroes” are all promising leads. The catalogue of clues grows with every video.

So what do you think: Is it Battlestar?