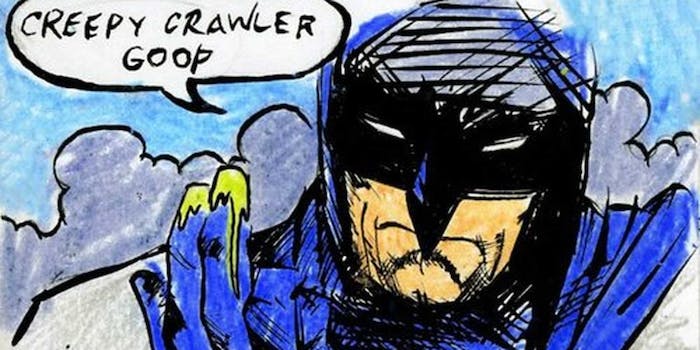 The Darn Knight is the comic spoof you deserve

This is Batman, as if written by a cheerful 4-year-old.

If you’re already tired of all the fanboy histrionics over Batfleck, we have a solution for you: Goofy Batman.

Nicknamed “the Darn Knight,” artist notalkingplz’s interpretation of Batman is decidedly silly. There’s something hilariously apt about the combination of the simple, cartoonishly classic appearance of the Dark Knight, and, well… this: 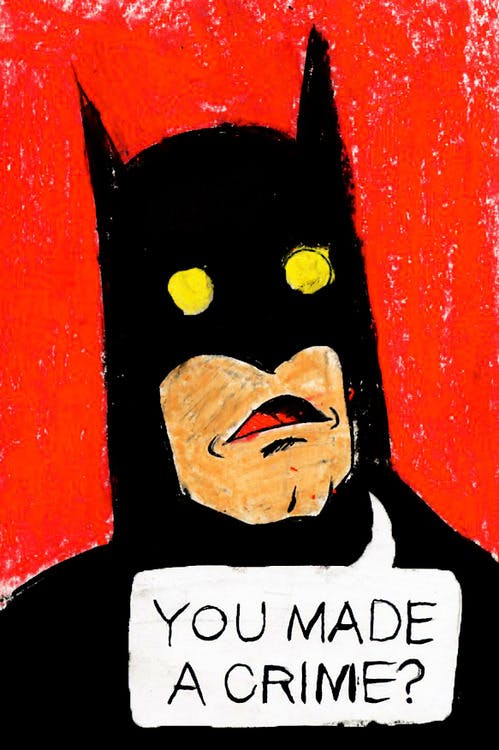 Personally, we’re kind of into the idea of this new-look Batman, who lurks in the shadows and tells the bad guys to do things like, “Quit it with all the goofin after bedtime.” Also, there’s definitely no need for any further reboot movies, because we’ve got the entire Bruce Wayne backstory summarised here in three perfect panels:

So gritty. So dark. 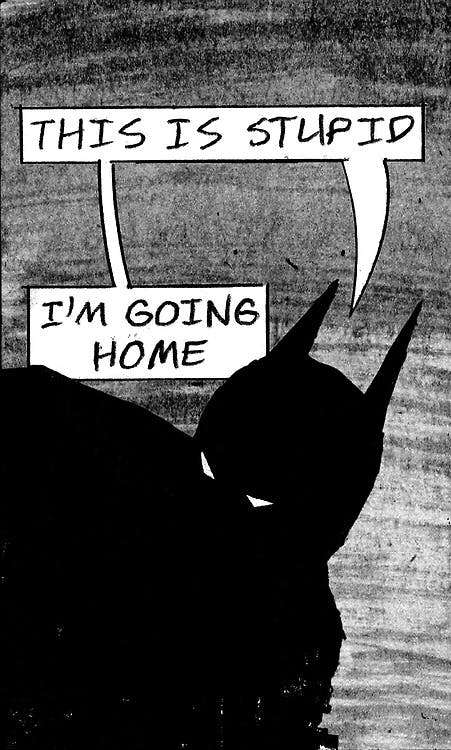 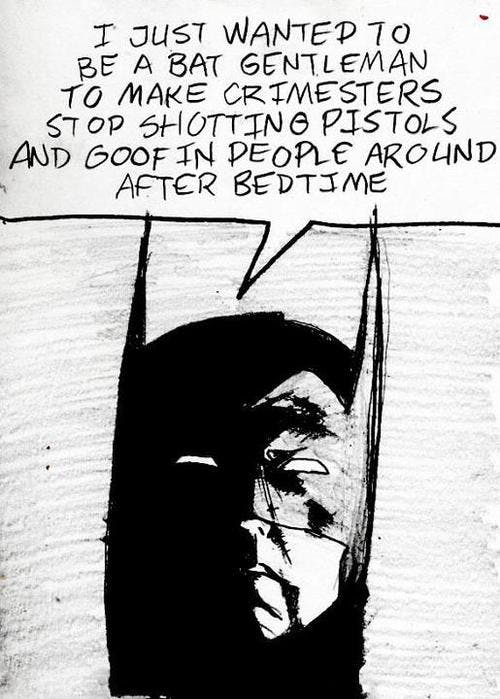 This is Batman, as if written by a cheerful 4-year-old. In other words: perfection. 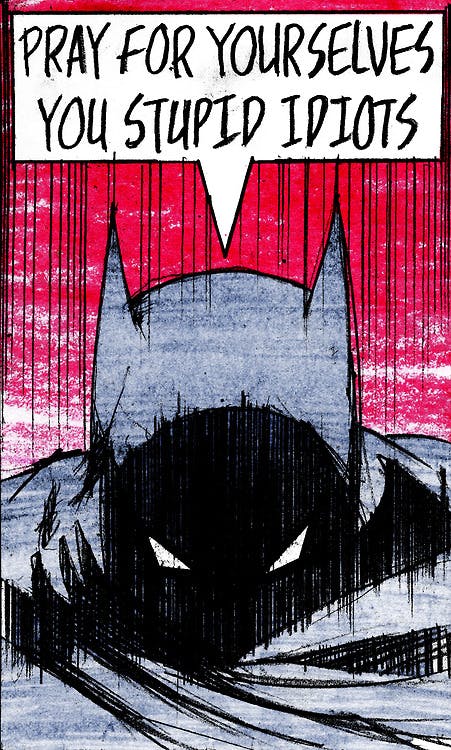