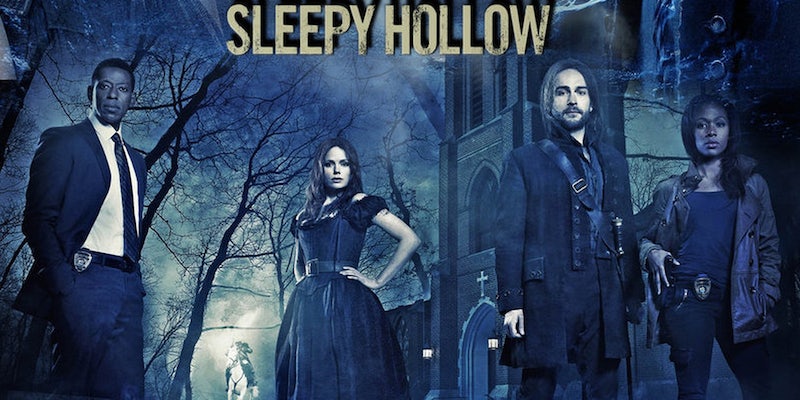 10 reasons to love ‘Sleepy Hollow,’ even if you don’t watch the show

Meet the most diverse, most pro-fan cast on TV. (Oh, and they're hot, too!)

We’ve already told you why fandom can’t get enough of Sleepy Hollow, the hit “Headless Horseman” update that was the first new fall show to get a second-season renewal. But even if you’re not watching the show, it’s difficult not to fall hard for Sleepy Hollow and its actors.

Here are 10 reasons why:

1) The show is committed to keeping a diverse cast…

If you’ve heard one thing about Sleepy Hollow, it’s probably that two-thirds of the show’s main cast is black. The ensemble also features lots of diversity, and John Cho guest-starred in the pilot.

This doesn’t make Sleepy Hollow a perfect show, but it does make it more appealing to lots of people than the average two-white-dudes-bickering procedural—which is a big reason for Sleepy Hollow’s high ratings this fall. And not to be let off the hook are producers Alex Kurtzman and Robert Orci, who are responsible for bringing you what will be the year’s most controversial blockbuster fantasy, Ender’s Game. Orci, in case you needed the reminder, hasn’t exactly had the best track record for inclusivity. But if there’s ever a show that could make up for lost female characters (and female agency) in Star Trek: Into Darkness, it’s probably this one.

2) …and to killing off plenty of under-axed white dudes.

Not that we’re advocating a widespread Kill Bill or anything, but we all know that when the chips are down, the white men are never the first to go.

But in Sleepy Hollow, that’s not a guarantee. As creator Len Wiseman commented to Buzzfeed:

I don’t think it’s realistic for the whole cast to be white. I also think when you are developing a show and casting it mostly Caucasian and you get down to the bad guy and the network is like, “You have to have some diversity,” then all of the sudden…that’s why the person of color is always killed. And because we have so much diversity in our cast and we’ve had the freedom to cast our villains and victims however we want, so we can kill as many white people as we want.

3) That time Orlando Jones put a halt to fanshaming

Orlando Jones, who plays Detective Irving on the show, is a one-man PR vehicle all by himself. Not only does he seem to innately understand fan culture, but he’s wholeheartedly embraced it, and probably spends more time interacting with fans on Tumblr and Twitter than the show’s actual PR staff.

More importantly, he knows how to encourage fans to do their thing. At New York Comic Con, the packed Sleepy Hollow panel was full of excited Ichabod/Abbie shippers who really wanted to talk about the romantic potential between Sleepy Hollow’s reborn Ichabod Crane and Detective Abbie Mills. When questions about shipping “Ichabbie” arose, Nicole Beharie, who plays Abbie, commented on fanart: “I’ve seen some of these pictures online as well by the way, y’all. Not cool.”

The moment could have been a potentially alienating one, but Jones immediately jumped in with, “Fan art rocks! Who ships Ichabbie?” immediately turning the crowd’s mood from angst to joy.

We should note that for her own part, Beharie does embrace the fanart, too. We know because she retweeted…

Celebrating fanwork isn’t always easy to do when you’re the object of the work in question, but the Sleepy Hollow creative team and its cast members know their fandom well, and generally seem to love it. For Jones, it’s a no-brainer—as the next item on the list reveals.

After reading a discussion on the recent PR setbacks Teen Wolf fandom has suffered, Jones shared his own thoughts on fandom’s interaction with creators. You guys, this is basically poetry:

There are seriously no words.

We’re a mere 5 episodes into Sleepy Hollow and the level of discourse with this fandom is unlike anything I’ve ever experienced…. Although I’m not a writer for Sleepy Hollow I understand and am sensitive to the importance of our role as stewards of these characters that we are fortunate enough to inhabit. Television enters our homes as an invited guest that can connect, promote and inspire just as easily as it can perpetuate tropes, idioms and stereotypes that marginalize those voices that deserve to be heard. I am so blessed to be a part of a creative enterprise that showcases representations of POCs, women and minorities in ways that defy the norm. We’re far from perfect (as many of you have pointed out) but I’m glad we’re doing our part to elevate the game.

I’m loving this dialogue, even as I find irony in those who continue to lament my participation in the fandom because the foundational boundaries between audience and artist have been dismantled (4th Wall We Hardly Knew Ya). I think people sometimes misunderstand my intention and attention —

I would still be a rabid fan of Sleepy Hollow (and an active although more anonymous part of the fandom) even if I didn’t have the ridiculous good fortune to be on the show.

I endeavor to continue being an active listener with all of you, to maintain my unapologetic silliness in terms of what I post on the Tumblrs and the Twitters and most importantly to be an on-going and passionate part of the creation and evolution of one of the most bat-shit crazy and absolutely awesome shows on television.

Thanks for teaching me, for sharing your creativity with me and my colleagues and for caring enough to keep coming back.

Excuse us while we reach for a box of Kleenex.

6) That time Nicole Beharie stood up to an offensive interviewer

In the unedited version of this interview with DJ Chuey Martinez, Beharie shuts down his attempts to turn the interview in an awkward attempt to hit on her, then calls him out when he accuses her of going red, noting that she can’t be blushing, because, hello, she’s black. Martinez has since edited the segment out, but since Tumblr exists, there’s a GIFset of the uncomfortable interaction here.

Beharie also managed to get in a little geek feminism to boot, noting that she’s a Marvel girl because Marvel has “better women” than DC.

A namesmush is fandom shorthand for a favorite relationship pairing, like “Ichabbie” for Ichabod and Abbie. Jones caught on to that and decided to launch a new ship of his own:

I admit to being fickle but I’ve switched my shipper allegiance. I now ship Crane & Yolanda from @OnStar. #Ichalonda or #Yolabod?

8) Everyone is waiting with bated breath to see if Ichabod Crane will ever change his clothes.

Seriously. Even the costume designers are taking bets. We’re just waiting for HasIchabodCraneChangedClothesYet.com to pop up and make this a spectator sport we can all can play along with at home.

The actor who plays Ichabod Crane could have a second career as a professional Twitterer.

I don’t wish to alarm anyone, but I may have just removed my trousers. #scorcher

How Greek will the Breaking Bad finale be on a scale of ‘stuck in a maze’ to ‘chained to a rock with birds tearing at your flesh for ever’?

Eating Vietnamese. They’re playing Bees Gees. I’ve just got chilli in my eye & now everyone thinks I’m crying to How Deep is Your Love. o_O

Actually, maybe this should just generally be Tom Mison.

10) Everyone is hot. Everyone. 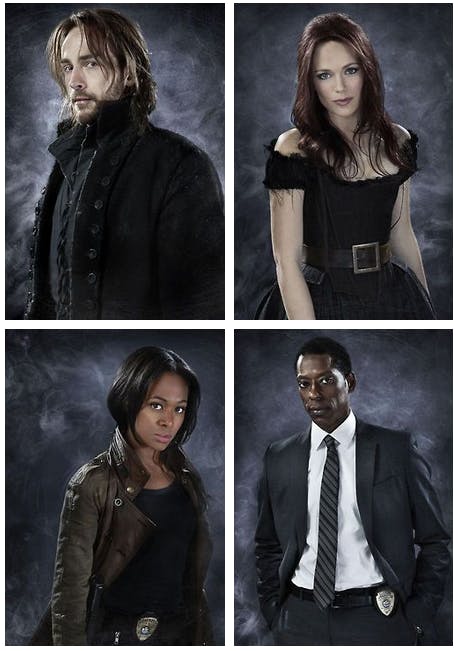 Even the creator is hot. 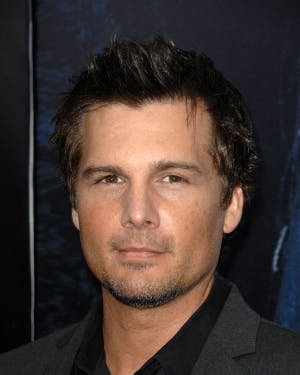 So if you’re not watching Sleepy Hollow, you can still kick back and enjoy the benefits: A hot, pro-fan cast and crew advocating for fanworks and generally being delightful.

Wait—why aren’t you watching this again?