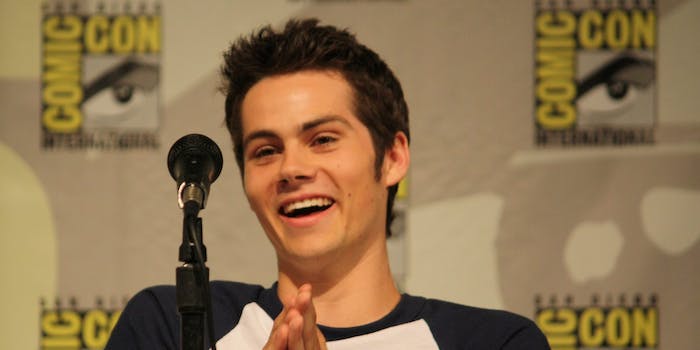 On the eve of Teen Wolf‘s third-season finale, swoon-king Dylan O’Brien may have just crushed fandom hearts by declaring that his character Stiles, one-half of the controversial slash ship Sterek, is straight.

Well, OK, he didn’t precisely say Stiles is straight. But what he did tell TV Line‘s Andy Swift—the same reporter who brought us this moment of Sterek-related uproar earlier this year—is almost worse:

TVLINE | There was also that throwaway line earlier in 3B where Caitlin asks Stiles if he likes guys — and he pauses. Did that mean anything?
That was nothing, really. Stiles isn’t gay, and he knows that, but what I love about him is that he’s even open to reacting that way to a question. He doesn’t have to jump into a defensive thing; he’s just so honest. He’s clearly not gay — I’ve never thought the character was — but he also looks at people as people. He doesn’t associate gay and not gay, but he knows he likes girls. [Laughs] It definitely created a whole thing, though.

The “whole thing” O’Brien refers to wasn’t really started in Season 3 of the show, and far from being a “throwaway,” the question of Stiles’ sexuality has been near and dear to the hearts of many fans. Teen Wolf fans have long been advocating for the queering of Stiles, a noted virgin who’s never explicitly been identified on the show as straight, though he has had a crush on another main character, Lydia, since the beginning. Most notably, having Stiles be bisexual would potentially mean that the beloved romance of Stiles and lupine hunk Derek, a.k.a. Sterek, could finally happen on the show and not just in the hearts of its legions of fans.

Though Derek’s actor Tyler Hoechlin joked at the 2012 Comic Con that Sterek was a “50/50” possibility, the evidence that the production team took the ship seriously as a narrative possibility has long been dwindling. In its place, fans have gotten a rocky ride for most of Season 3, with Stiles getting a considerably darker arc that’s involved making out with more than one girl, while he and Derek have had less and less screen time together.

The question of Stiles’ sexuality isn’t tied to the question of whether Sterek could happen: neither guarantees the other. But the season has been especially rough for fans of the massively popular ship. Last month the show’s star Tyler Posey told Swift in a video interview that he felt fans who watched the show for Sterek were doing so for the wrong reasons, a dictum that sent the fandom into a bout of turmoil. Earlier this month, a poll on the show’s official Facebook page asked who the perfect girl was for Stiles, without any mention of the possibility that the character could be queer. That’s despite the fact the show itself had left the question an open-ended possibility.

After so much recent drama, it seems most Sterek fans just feel increasingly sad and tired. Have you been crying because of Sterek? I asked a teary fan with a private Twitter account. Her reply: 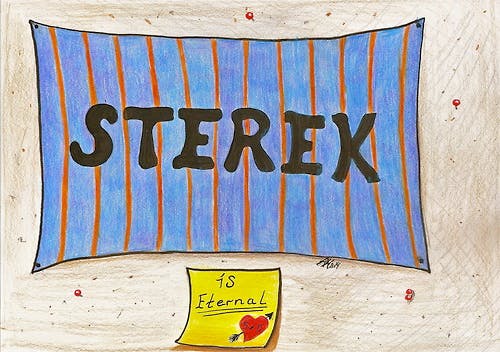 “I made it a few days ago to cheer up the sterek fans because, boy, have we been hit hard the last few months,” wrote hopeless-ships, posting the image above in the middle of all the chaos.

Sterek is eternal, and will never give up and we aren’t going away. No matter what they do on the show we have you, our fandom, and that is enough.

We are not gone and I am sure as hell not going anywhere! Sterek might be bruised, but we’re still alive.

While some folks pointed out that O’Brien only said that he wasn’t gay, not that he wasn’t queer, it seemed clear from a stroll through the Teen Wolf side of Tumblr that fans were suffering from exhaustion and burnout. Still, those who were angry were angry for multiple reasons.

“I am so disappointed that the writers of this show were okay with baiting about a queer, non-binary sexuality and then dismiss it as if it were nothing,” wrote chasingshhadows. “As if my identity were nothing. He used that word ok, he called it nothing.” 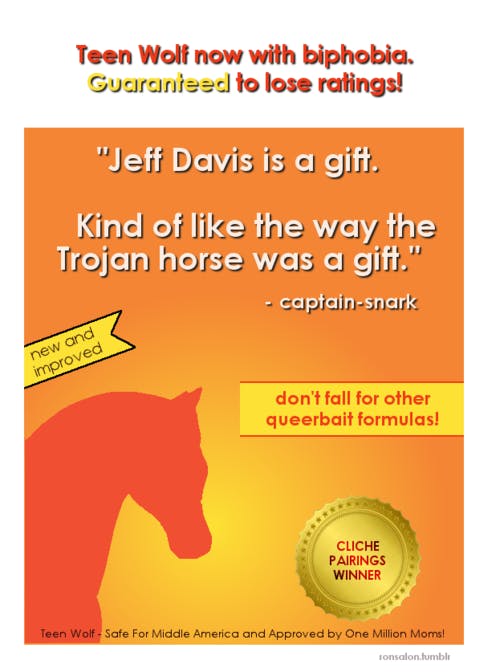 Teen Wolf does have multiple queer characters, one with his own romantic subplot. It seems hard to argue the show is employing the same tactics of queerbaiting as other shows with a notable absence of queer characters and relationships, like Supernatural, Once Upon a Time, or Sherlock. But all of the show’s queer characters are minor; and with the death on last week’s episode of yet another major female character, it’s hard not to see the show as rapidly becoming the bastion of the straight male. (Davis has promised to introduce at least one other new queer character next season.)

Tonight’s finale will undoubtedly bring yet more shocks for the fandom, and hopefully a few pleasant surprises.

But it’s increasingly unlikely that it will bring fans a respite from their ongoing frustration with the way Season 3 has gone—or a change on an increasingly dim horizon for Sterek shippers.