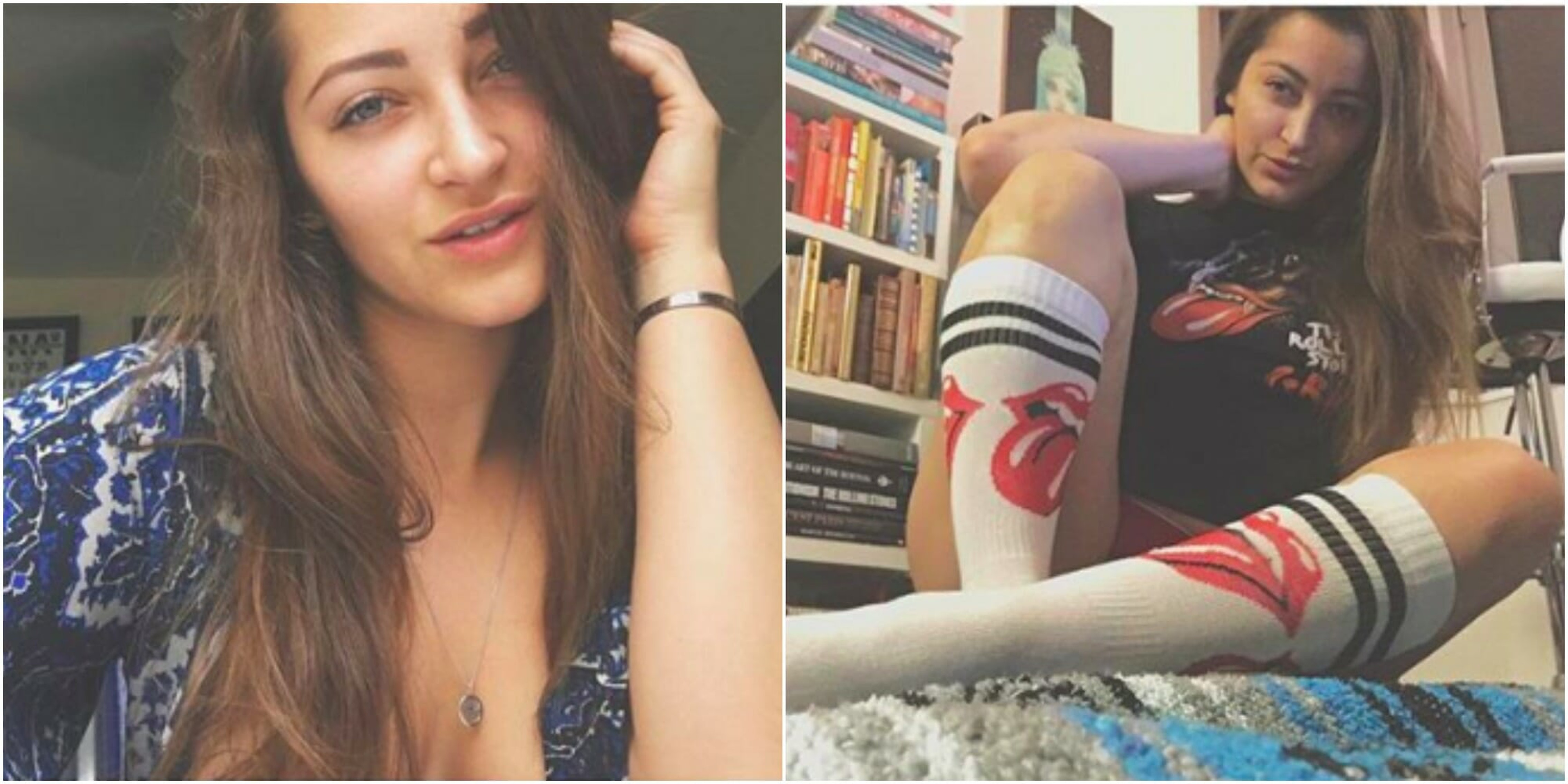 She can fly a plane, paint legends, and effortlessly get you hot. 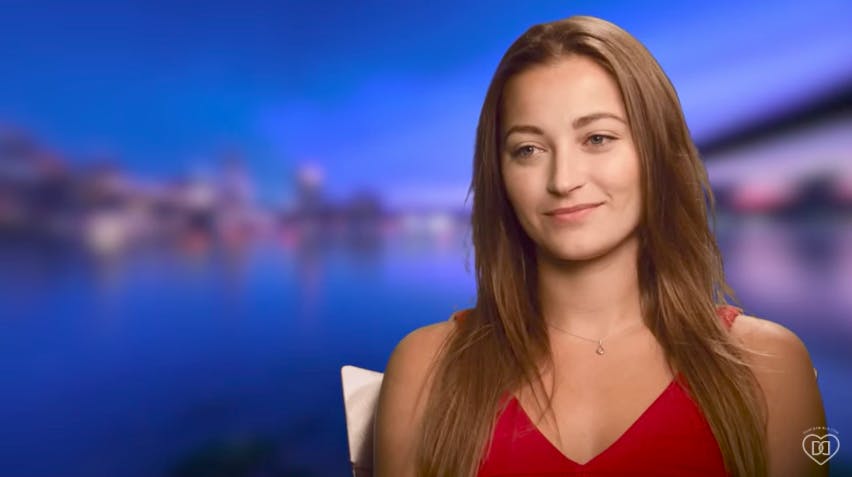 Daniels is very open about her bisexuality and only did girl/girl scenes with companies like Club 59/Elegant, Filly Films, Sweetheart Video, and Girlfriends Films before her first boy/girl scene with Elegant Angel around 2012.

When talking about what makes men and women sexy to her, Daniels told XCritic:

2) She makes art under the name Kira Lee

Though Daniels dropped out of art school after only two years, she’s still a passionate artist. She works mostly with spray enamel and acrylic gel pen, and she uses a technique she claims to have pioneered called Typographic Pointilism—using lyrics and words to form portraits and iconic images. Her art is mostly inspired by musicians, something she became interested in during high school. Some of her favorite works include an image of Muhammad Ali, a rendition of Pink Floyd’s famous triangular prism, and a recreation of the famous Abbey Road image from the Beatles’ album of the same name.

She told Xbiz that though she never used to show her work, an ex found her paintings once and motivated her to keep at it and show the world.

In an interview for her website, Daniel revealed that though she had a “normal” childhood, she grew up with two moms, which she says some may consider abnormal. She told Adult DVD Talk that her parents have always been supportive of her work as an adult entertainer:

My mom is my biggest fan. She always calls me and tells me how proud she is of me and it’s the best! It makes me laugh because our country is so sheltered and afraid of sex, people are always like, ‘Wow, your mom supports it?’ And I always respond, ‘Well, yea, as long as I’m safe and happy, she doesn’t care what I do because she’s an intelligent, un-sheltered woman.’ 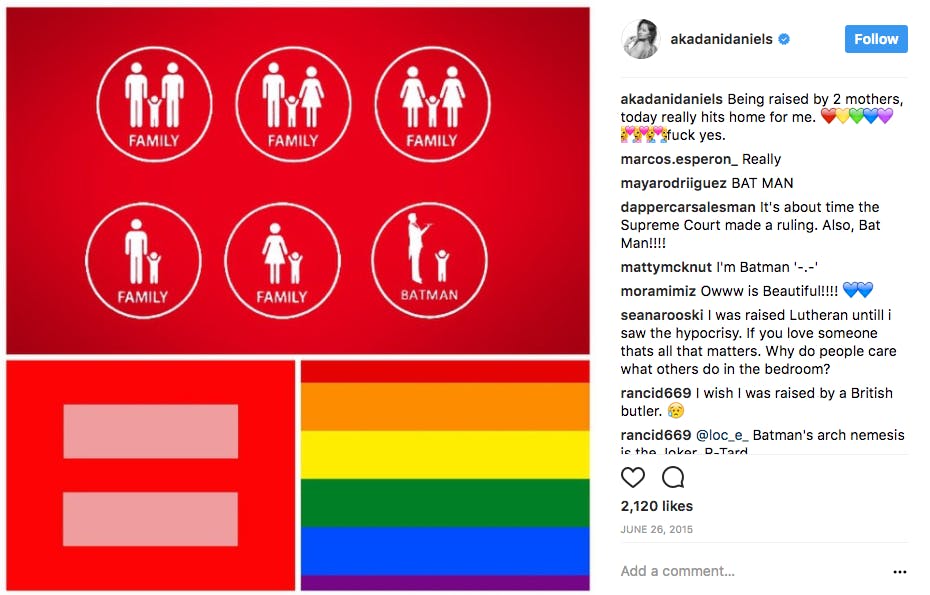 As of 2016, Daniels talked to Xbiz about completing flight school training and discussed her love for aviation, which has actually made its way into some of her scenes. She wants to finish school and receive her private pilot’s license so she can jet around the world on her own terms.

6) She waited months before announcing her engagement

Is Dani Daniels married? Yes, but she kept her engagement under wraps as long as possible. On New Year’s Day, Vic Cipolla proposed to Daniels in Times Square, but the couple didn’t go public with the proposal for almost two months fearing judgment from fans and followers. In her Instagram post announcing the engagement, Daniels explained why she decided to finally tell her fans the news:

I…was afraid it would hurt my popularity if I was public about being ‘a married woman.’ I let it all scare me into keeping our wonderful joyous engagement a secret for over 2 months. I don’t know what came over me this morning but I stopped giving a fuck. I am engaged to the most incredible, loving, compassionate, driven, wondrous, adventurous, sexual, open minded, fun, successful, passionate, ballsy, Sicilian man on the planet and I have never been happier.

Cipolla works in PR at the Evil Genius Group and is a self-proclaimed coffee addict and scotch connoisseur. You can find him prominently featured on Daniels’ Instagram page. Cipolla also frequently posts pictures of Daniels and writes about their relationship on his Instagram.

7) Her adorable French bulldog Darwin has his own Twitter

Any one of Daniel’s Instagram followers could tell you about Darwin, Daniels’ furry little companion. Darwin joins Daniels on trips, poses in costumes, and even goes swimming with his mom. She has specified to Xcritic that she’s solidly a dog person and adds, “ I hate cats, but I LOVE pussy.”

8) Dr.Who is her favorite TV show

These days, ironically, Daniels says she doesn’t have much of a workout routine and gets most of her exercise from sex. She focuses more on her diet to stay in shape.

When chatting with Adult DVD Talk, Daniels doesn’t hold back on advice for people looking to join the industry and says, “EVERYONE WILL FIND OUT. Be OK with that before you dive in. And please don’t do it for the money. Do it because you like sex. Otherwise, it will ruin you and eat you alive.”

Aside from running her own site which hosts all her videos and camming content, Daniels launched an Indiegogo campaign to fund the Dani Daniels Box, her own curated monthly subscription box. According to the campaign’s summary, the DDbox will include 4-6 items like socks, mugs, T-shirts, lube, handcuffs, and whips.

A true java lover at heart, Daniels partnered with Currency Coffee and The Biz of Coffee roasters to create her own coffee collection. Her collection includes a dark roast, a breakfast blend, and “Dani’s Billion Dollar Blend” which is described as “a blend of Ethiopian and Sumatran coffees that represents what she loves about coffee.”

13) She got her stage name from an ex

In the process of choosing her stage name, apparently, Daniels decided to go the more personal route. “Long story short, it was an ex’s first name, and it may or may not be an immature act of revenge,” Daniels said in an interview with Adult DVD Talk in 2013.

I mean, duh. If you follow Daniels on Instagram, it’ll take no time at all to see that she’s not shy about sharing her favorite things, including the fandoms she loves most. She’ s always posting memes or inspiring quotes and tweets, but HP shows up frequently and always in high regard in all of her social feeds.