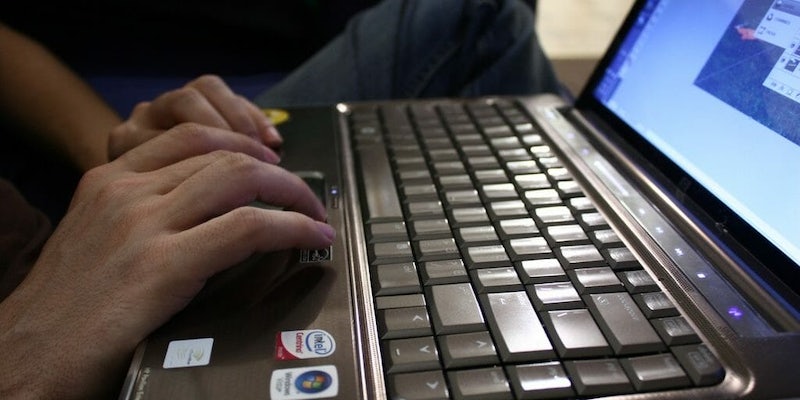 Will it ever come back?

After more than 20 years as one of the foremost neo-Nazi and white supremacist websites in the U.S., it appears as if Stormfront is no more. On Friday, Network Solutions―the site’s host, under the parent company Web.com― reportedly seized the domain, preventing the notoriously racist forum from being transferred or updated.

A WhoIs search for the domain name, as noted by USA Today, shows that it’s currently under “hold” and, thus, inaccessible to its proprietors. The status of the site had been a hot topic of conversation in the last couple of weeks, owing to the high-profile white supremacist demonstrations in Charlottesville, Virginia that killed an anti-racist counter-protester and injured several others.

BREAKING: Stormfront is no longer "longest-running white supremacist site". We took action to shut them down. @LawyersComm @StopHateProj https://t.co/vScLj46pzx

Kristen Clarke, the head of the Lawyer’s Committee for Civil Rights Under Law, noted Stormfront’s multiple links to real-world violence in a statement on Saturday, trumpeting the website being pulled down. Her organization successfully lobbied Web.com to remove Stormfront on the grounds that the site was violating its Acceptable Use Policy by spreading violent, racial hatred across the internet and throughout the world.

“Stormfront.com has been home to over 300,000 registered users who used the website to promote white supremacist violence across the world. In addition to the explicitly bigoted, racist, anti-Semitic, and Islamophobic discussions that take place on Stormfront, more than 100 murders can be traced back to Stormfront users who frequented the site to discuss their hateful ideologies,” Clarke said in the statement. “We will continue to use every tool in our arsenal to disrupt vehicles used to promote and incite racial violence across our country.”

Stormfront’s influence on online neo-Nazis and white supremacists during the past couple of decades is tough to overstate. In particular, the site was linked to dozens upon dozens of white supremacist murders, including the grisly, racially and religiously motivated massacre committed by Anders Breivik in Norway in 2011.