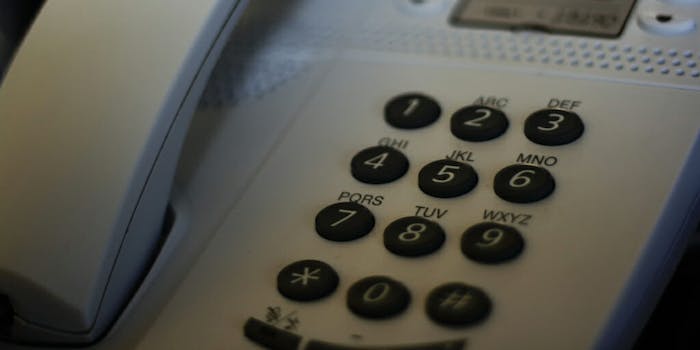 Operators failed to answer 98 percent of phone calls during the protest.

The Trump administration initiated the ICE hotline as part of the Victims of Immigration Crime Engagement (VOICE) Office in February 2017, ostensibly to field calls from victims. Protesters, concerned the service would perpetuate targeted government action against immigrants, began calling the hotline to with made-up stories and tips.

Wouldn't it be a shame if millions of people called this hotline to report their encounters with aliens of the UFO-variety. https://t.co/Cl048Gihnk

ICE initially downplayed the impact prank calls, saying there was “no disruption” to its ability to run the hotline. But the Verge reportedly acquired emails and documents showing otherwise.

The day after the launch, the office received more than 16,400. Of those, only a little more than 2,100 were placed into a queue, and only 260 answered. Callers in the queue waited as long as 79 minutes to reach an operator.

An ICE spokesperson issued a statement to the Verge describing the protest but not the organization’s reaction.

“Unfortunately, when the VOICE hotline was established, we received many false or ‘prank’ calls, as well as calls from individuals who wanted to vent their frustrations about political issues and immigration policy,” the spokesperson said.

A report from Splinter and an internal VOICE document refuted that the hotline was only used by victims seeking resources. Despite the office’s disclaimer that the hotline was not for reporting crime, according to the Verge, in one day 6.7 percent of the calls reported crimes by immigrants.