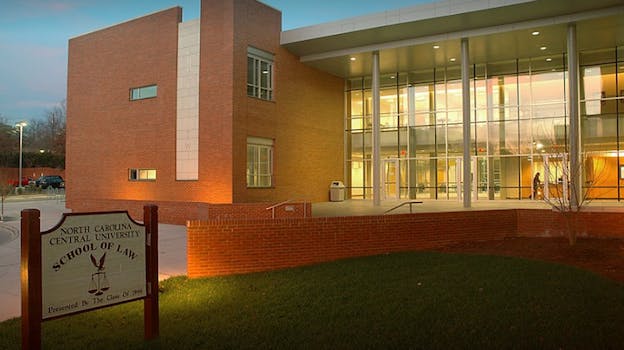 Morgan Kendall is a white student at an HBCU.

Morgan Kendall, a white third-year law student attending North Carolina Central University in Durham, N.C., posted a number of racist comments on Facebook, including using the N-word, saying she wished she was the one who sent pipe bombs to prominent Democrats, and stating that Black people who call her out are ignorant. All from her personal Facebook account.

Local news station WRAL says students at the historically Black university are calling for her to be expelled.

Replying to a Facebook post about racism and the Black experience, Kendall casually posted, “But that n****r can still vote, drive and got to school, right? Not racism.”

Facebook users warned others not to comment back to her because, “She’s NEVER wrong.” But of course, people still did, questioning why she’s using the N-word. She replied, “Why can one person type n****r and another not? Are you racist?”

Students are angry that they have to attend classes with a racist. Especially considering she’s the one who decided to attend a law school that’s 75 percent Black.

Kendall Morgan a law student in NC that wishes she could take credit for the bombs. She drops the N bomb frequently and they do nothing? pic.twitter.com/8OzZP6XM0J

In a comment on an article about the pipe bombs Cesar Sayoc sent out in October, Morgan posted, “Wish I could take credit.”

A meeting was held between students, the dean of the law school, Elaine O’Neal, and the campus police chief on Thursday, according to WRAL. The administration decided not to allow Kendall back to school last week, but that she could come back to class on Monday.

“I just don’t think it’s fair that someone with those sentiments to receive a degree from this school that was founded by the very people that she has disrespected multiple times,” student Jazemine McSween told WRAL.

Students told the local news media that if nothing is done and fast, they would mobilize to protest.