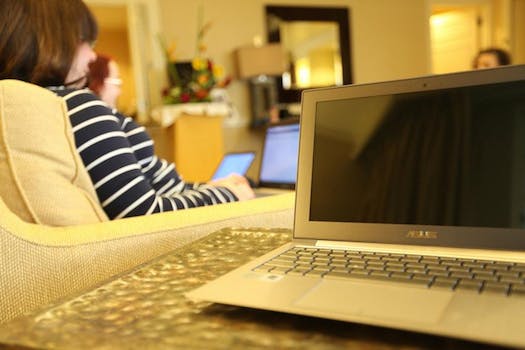 Twitter just announced a new tool for reporting threats to law enforcement. But does it actually work?

As part of a wider effort to reduce online harassment, Twitter announced today that it has launched a new tool for users who wish to report harassment and threats to law enforcement.

In the past, if a user wanted to report threatening or harassing tweets, Twitter emailed back a simple response stating whether or not the company agreed with the threat assessment.

But in a blog post, Twitter announced that it would allow you to receive a summary of your report, as well as the URLs of both the violating tweets and the user harassing you. Basically, it’s a receipt for your threat report.

“The new format makes it easier for users to submit information to law enforcement,” said Wexler, “Law enforcement does not require a statement from Twitter to report a threat, but users and safety partners have requested this feature.”

NNEDV executive vice president Cindy Southworth told The Daily Dot that her organization began a relationship with Twitter in 2009, when the company came to NNEDV to make sure its location tool wasn’t going to put victims at risk, and they have continued to partner since.

“Many victims want to go to the police right away and sometimes they actually don’t want things taken down by the social media platform,” Southworth said, “We often encourage them not to remove things until law enforcement have gotten involved. Or to take a screenshot first and then to reach out to law enforcement.”

Southworth pointed out that some survivors prefer not to involve police, and said it was good that Twitter isn’t directly contacting law enforcement in response to threat reports.

“I wouldn’t want these to be automatically connected,” said Southworth, “It really should be up to the victim whether or not they want to bring law enforcement in, for a range of reasons.”

But the new reporting tool has been met with derision by tech bloggers, many of whom have criticized Twitter for turning a blind eye to harassment.

“This is literally just a service that generates a summary of your complaint. All it does is save people the .5 seconds it takes to screenshot complaints to send to police,” Gizmodo’s Kate Knibbs wrote, adding that the new feature is “a spineless, useless punt.”

Twitter’s safety partners have been pressuring the company to increase its response to threats and harassment for the past year. Last year, the company was publicly shamed when one of its partners, Women Action Media (WAM) announced in November 2014 that WAM was launching a system for reporting and tracking gender-based harassment, leaving many to ask why Twitter itself wasn’t doing the work.

Even Twitter CEO Dick Costolo has acknowledged the company’s shortcomings at dealing with harassment. “We suck at dealing with abuse and trolls,” he wrote in a leaked internal memo last month.

“Law enforcement generally can’t or won’t do anything about online abuse and harassment until something bad happens to you,” said Zandt. She said she wasn’t sure if Twitter’s new threat receipt was useful or not.

In December, Twitter launched a system for reporting threats. But it was widely criticized by reporters who complained that Twitter issued blanket non-responses to threat complaints.

When journalists complained about receiving violent threats on Twitter, the company sent the following canned response: “We’ve reviewed the content and while you may find it offensive, it is not in violation of our rules, so we will not be removing it from the platform.”

Because Twitter has a history of failing to address threats on its platform, is the latest move an attempt to pass the buck onto law enforcement? And if Twitter doesn’t take threats seriously, should women and other frequent targets of online abuse believe that the police or FBI will?

Twitter could go farther to help victims, Goldberg said, by providing law enforcement with the IP address from which the threats were sent—something the new reporting tool does not currently include.

WAM’s Zandt said that Twitter could do more to help users deal with harassment, both in terms of policies and in regards to structural issues: for instance, by helping victims recover offensive tweets that are deleted before they can be reported.

“If [Twitter] truly believes in the principles of free speech—that everyone has a right to participate in public discourse—they would be investing many more resources into building and supporting systems that do not silence and prevent so many people from participating in the first place,” said Zandt.