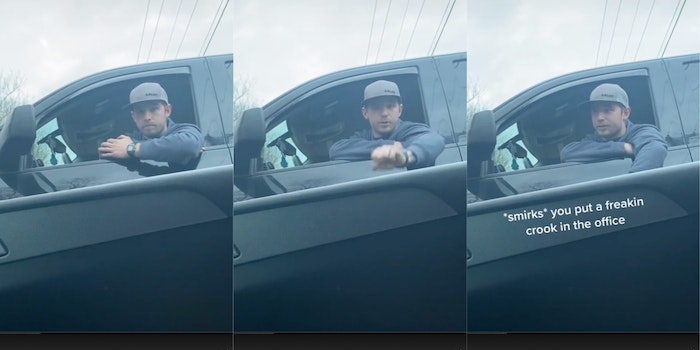 'It makes me happy that you're upset.'

Several TikToks show a mother with a 3-year-old child in her car getting into an altercation with a supporter of former President Donald Trump, who tailgated her because she had a President Joe Biden sticker on her car.