Are you a speed reader? Take this quiz and find out

Then you can nerd-brag about your results.

Americans, I think we can admit by now, aren’t much for reading. Somehow, this makes the people who do read all the more eager to flaunt their intellectualism, often by name-checking a certain author or critiquing a canonical text. But it’s clear that just one aspect of books really matters: How fast can you get through them while retaining some shred of comprehension?

Don’t bother guessing. Staples has devised a test that promises fairly accurate results. At the outset, you click a button to begin reading a page of fiction; when you’re done, you click again. Just don’t think you’ll get away with skimming—there’s a three-question quiz at the end. On the other hand, it’s not as if many people are unfamiliar with the basic plot details of The Wonderful Wizard of Oz or Alice’s Adventures in Wonderland, two of the titles mined for source material. 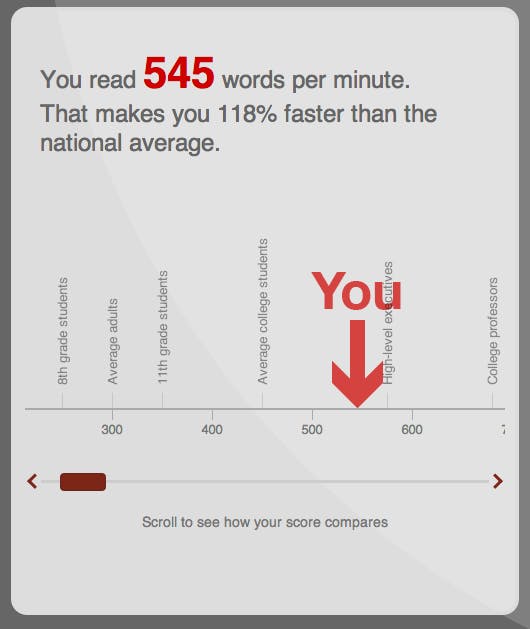 In the best of my few efforts, suppressing the urge to rush through the paragraphs provided, I digested 545 words per minute, a rate “118% faster than the national average,” which I thought was great until a friend scored closer to 1000 and I noticed that speed-readers max out around 1500. I was stuck somewhere between “Average college students” and “High-level executives,” which didn’t feel too flattering. (And that’s without the myriad distractions that usually interrupt a good read, from dogs who want a walk to something burning on the kitchen stove.) 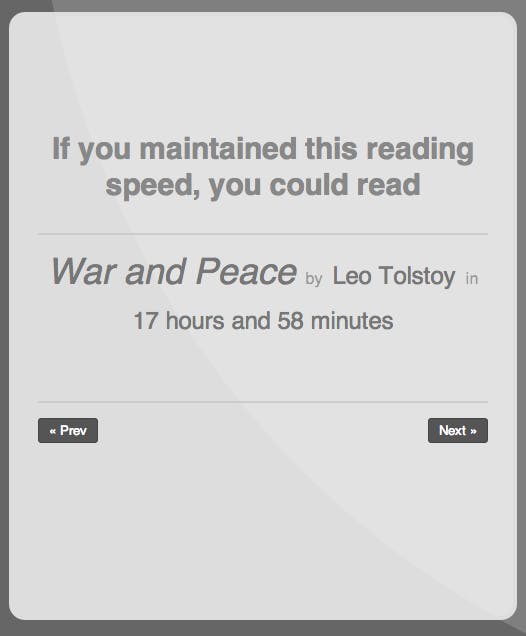 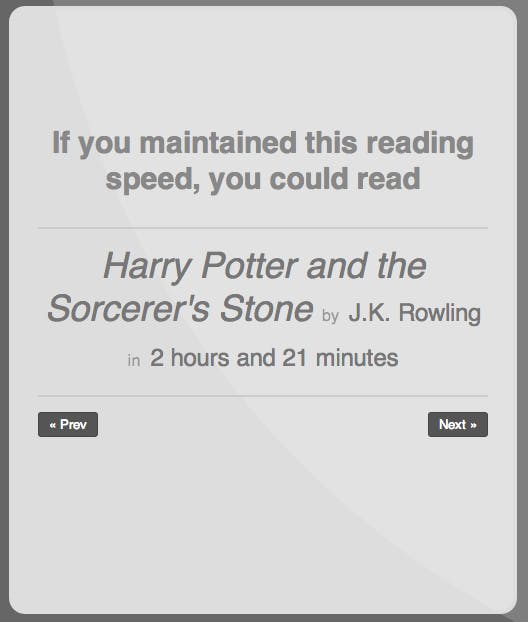 It did improve my mood, though, to hear that I could theoretically read Tolstoy’s War and Peace in under 18 hours, and the first Harry Potter book in 141 minutes—less time than it takes to watch the director’s cut of a Judd Apatow film. When it comes to e-readers, I’d be able to blow through 7.2 books before recharging, provided I buy the right brand. In fact, every indicator suggested I was such a tremendous reader that guilt crept into the picture. Why does it sometimes take me a week to finish a 150-page novella? I haven’t tapped my true potential! 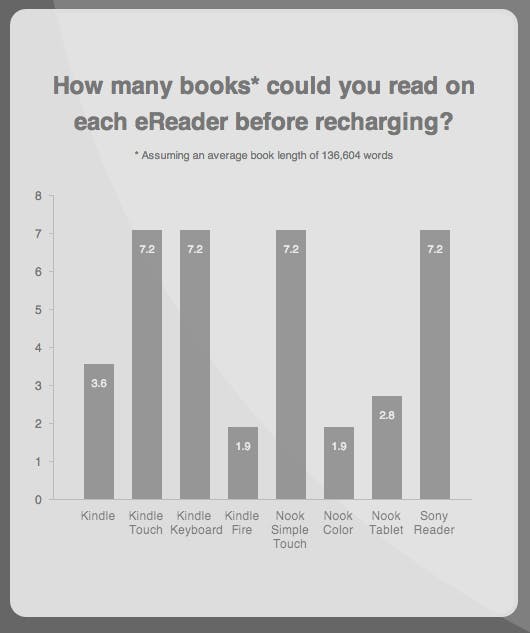 Even so, the takeaway is quite clear—the only thing that can improve literacy in America is… me. Yes, if well-compensated, I’m willing to read 24/7 to artificially inflate our averages and lessen this national shame. It’s a tough job, but somebody has to write the SparkNotes, right?