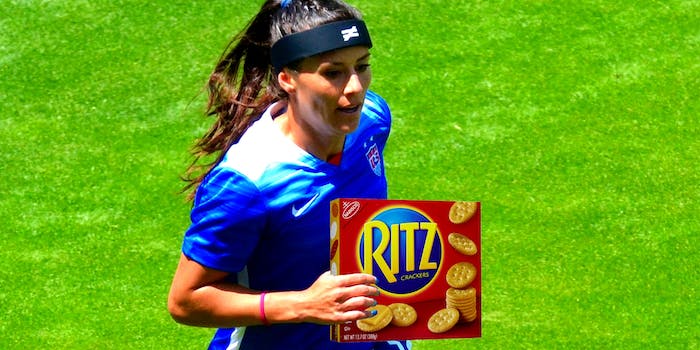 What did you call her?

Paired with a smiling photo of U.S. women’s national team mainstay Ali Krieger posing on a float at Friday’s World Cup ticker-tape parade in New York, the tweet reads as if it’s calling Krieger herself the “official cracker” of the games.

Within 30 minutes, the tweet had been favorited more than a thousand times and retweeted by 327 people. The responses ranged from incredulous to those mock-offended at the “racist” tweet.

To make things even more confusing, Krieger herself retweeted the Ritz fumble—making it look like she herself was proud to be the “official cracker” of the winning team.

But lest we forget, the U.S. men’s soccer world has an official cracker of its very own too.