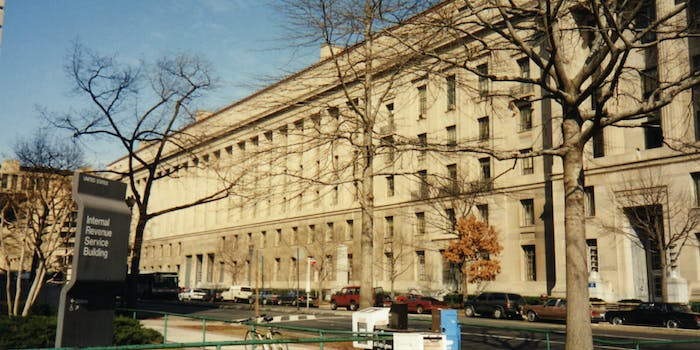 Top officials accused of misconduct are reportedly keeping their jobs and pay.

As 2017 comes to a close, sexual misconduct cases within the federal government are only just coming to light. And a new report reveals that the Department of Justice has major problems handling sexual harassment allegations, with many complaints against sexual aggressors going unresolved.

Originally reported by the Washington Post, investigations by the Justice Department’s Inspector General Michael E. Horowitz reveal multiple instances where harassment complaints were filed and disciplinary measures were minimal at best. The Post reports sexual harassment allegations have “been increasing over the past five years,” with senior Justice Department officials at times listed as the perpetrators.

In one case discussed by the Post, a supervisory attorney at the Civil Division’s Office of Immigration Litigation groped two female trial attorneys and made sexual comments toward both of them. He was given a written reprimand, a change to his title, and stripped of his supervisory position, but was not further disciplined with a suspension or a pay decrease—despite the fact that he previously received a title diminution and reprimand for sending sexual emails to his coworkers.

In another case, a different Office of Immigration Litigation attorney admitted that he stalked a female attorney by entering her email and creating a fictional online profile in a “catfishing operation.” While that attorney received a reprimand, a title reduction, and was barred from going into the building where his victim worked for a year, he did not receive a suspension or decrease in pay nor grade.

“I’m shocked and really disappointed,” a female attorney familiar with several harassment cases in the department’s Civil Division told the Post. “They got free passes. They got awards. They got to continue with their careers. It sounds like nothing is going to be done.”

The Civil Division has since implemented a policy to strip award nomination status to those who have recently received a reprimand or are currently under investigation for sexual misconduct, although the division isn’t the only one in the department to face scrutiny under the investigation. In one case, a U.S. marshal had sexual intercourse with “approximately nine” women in his Boston office. In another, Oregon’s top federal prosecutor Amanda Marshall harassed her subordinate with text and email messages after an “intimate personal relationship” with him ended. Marshall later resigned and apologized after lying to investigators about her relationship with her victim.

“When employees engage in such misconduct, it profoundly affects the victim and affects the agency’s reputation, undermines the agency’s credibility, and lowers employee productivity and morale,” Horowitz wrote in a memo from late May to Deputy Attorney General Rod J. Rosenstein, the Post reports. “Without strong action from the Department to ensure that DOJ employees meet the highest standards of conduct and accountability, the systemic issues we identified in our work may continue.”

Read the full report from the Washington Post here.