Meet the plus-size dance troupe who are smashing stages everywhere

Pretty Big Movement could change the face of dance.

When plus-size fashion brand Lane Bryant took over Times Square one Saturday this past September to launch its #PlusIsEqual campaign, Akira Armstrong and her dance troupe were right there in the thick of it.

Pretty Big Movement danced as part of the entertainment during the public event, performing the innovative and barrier-shattering hip-hop dance moves that caught the public’s attention on this season’s America’s Got Talent.

Armstrong, 32, founded the seven-member troupe after she struggled to land an agent to represent her while she searched for industry work. The professional dancer certainly had the pedigree: She danced in two Beyoncé videos (2007’s “Get Me Bodied” and “Green Light”) and studied with Alvin Ailey during her years at Manhattan’s Professional Performing Arts School. But, Armstrong said, agents didn’t want her as a client because of her size.

“It was a little discouraging,” Armstrong, a South Bronx native, told the Daily Dot. “I felt like in order for people to understand me as a dancer at my size, I’d have to create my own name.”

She first envisioned Pretty Big Movement in 2007 but put her dream on hiatus for a few years while she found the right dancers to complete her group. That all changed in 2011 after a conversation with a choreographer friend, who urged her to continue with the troupe because its mission had the potential to change the dance world. That boost made Armstrong realize what she needed to make Pretty Big Movement succeed.

In 2015, the troupe appeared on the 10th season of America’s Got Talent before judges Heidi Klum, Howard Stern, Mel B (“Scary Spice”), and Howie Mandel. Their first audition on the reality competition saw the ladies humorously dance to James Brown’s “Get Up Offa that Thing,” delighting the judges.

Their second appearance during judge’s cuts, which sent them home, was a simpler routine to “Bang Bang” by Jessie J, Ariana Grande and Nicki Minaj.

America’s Got Talent helped Pretty Big Movement get a lot of attention—both for their talent and for broadening the public’s vision about how a dancer is “supposed to” look. The women have had media spots in the New York Daily News, NY1 and Channel 12 News and there have been talks about developing their own reality show about the daily life of the troupe. There’s even discussion of a future stage production called The Pretty Big Monologues. It has taken four years of hard work, Armstrong told the Daily Dot, but finally the troupe “is now getting all the buzz we want.”

On the night of an August practice, Armstrong and her professionally trained dancers—fellow Alvin Ailey student Sonia Allen, who’s been involved since 2007; Stephanie Dunn; Zenobia Rodgers; Shareem Newman; and Alexis Roberts and Letticia Camacho, who were both in Beyoncé’s 2011 flash mob at Target in Harlem—practiced a new routine to Lady Leshurr’s “Brush Your Teeth” at their rehearsal space in Harlem. Choreographer Tromaine Yancy first took them through the footwork without music, using verbal jazzy beats to time the women and signal a new move. They ran through the steps at least 10 times, watching Yancy’s moves intently. The music began and stopped over and over again as they worked to memorize the intricate routine. 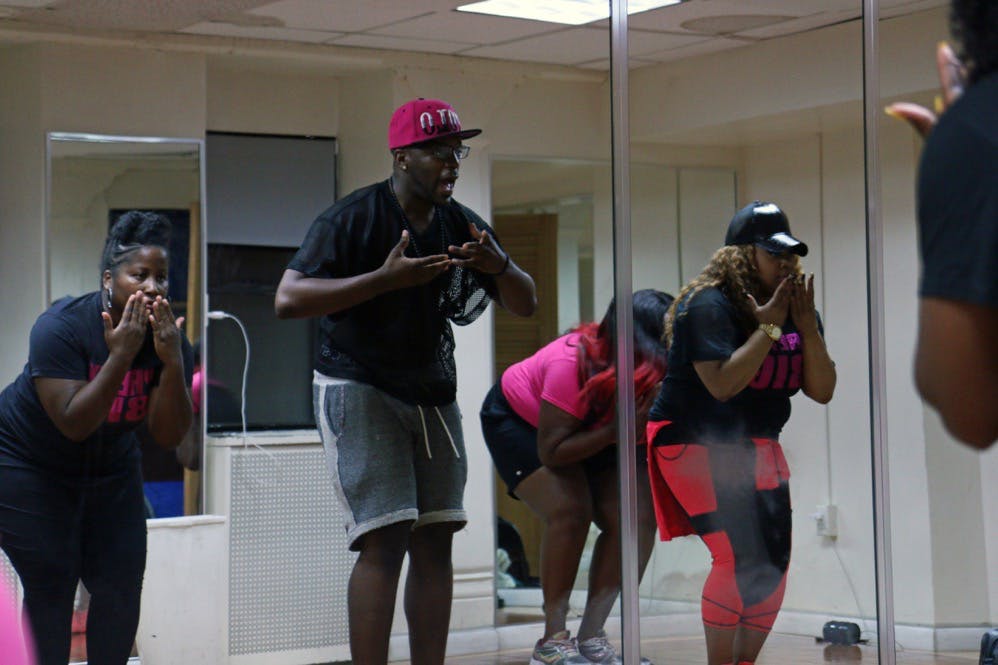 In between the sweat and the squeak of sneakers, Yancy, Armstrong, and the dancers laughed. They were boisterous and loud as they talked about their personal lives and Pretty Big Movement’s next moves. The ladies are a handpicked family, loving and struggling and being in their own ways.

“We all have our struggles in different ways, but we all have struggles with weight. That’s the common denominator,” said Armstrong. “They’re having the same plight that I had, struggling, trying to get in this industry.” 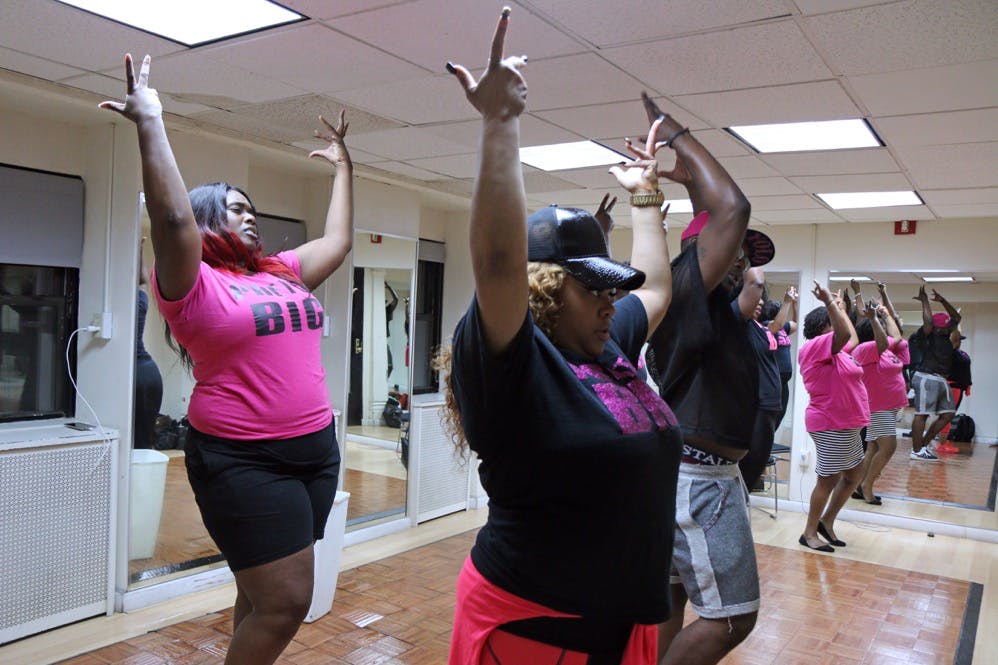 The hip-hop dance Yancy has choreographed for “Brush Your Teeth” was a much grittier and inventive performance. It shows that the dance troupe is more than the bubbly personalities viewers saw on America’s Got Talent.

That decision is strategic: Pretty Big Movement wants to reach more fans than the ones from TV or their in-person performances. To do so, they’ve launched #IAmPrettyBig on Instagram and Twitter, where they post videos of rehearsals and performances among body-positive selfies and group shots.

Armstrong believes now is the right time for Pretty Big Movement to hit it, well, big. More and more, plus-size people are seeing themselves represented in the mainstream—and not just as the butt of jokes. While at times missing the mark, an increase in body diversity and fat acceptance has made it possible to launch social media campaigns like #PlusIsEqual to more cheers than jeers.

“At the end of the day, we dance,” said Armstrong. “Aesthetically, we may not be the proper body type that America would love to see, but we dance. It’s just been challenging because of how we look.”

Image via America’s Got Talent/YouTube