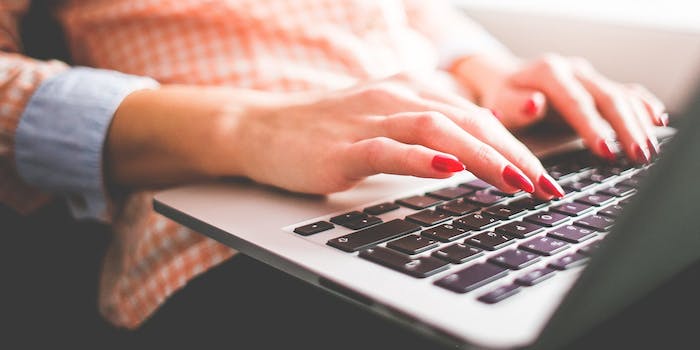 Even more try to look up their crushes on Facebook.

If you or anyone you’ve ever known has both been in a relationship and used the Internet, you’ve surely thought doing an innocent little search to see what that sexy thing’s been up to.

And you wouldn’t be alone. According to a Pew study released Monday, almost a quarter of people (24 percent) have used a search engine like Google to see what an ex is up to. More than 30 percent of people who use social media sites like Facebook have decided to “check up on” someone they used to date. But people are forward-thinking, too. About the same number of people have looked up somebody they have a crush on, and 29 percent have searched for someone they’re about to go on a date with.

But all that googling has a dark side. More than a quarter of people who use those sites have blocked someone for flirting in a way that made them uncomfortable, 22 percent have blocked an ex, and 17 percent have either deleted or untagged themselves from old pictures in which they appear with an ex in happier times. Roughly two in five women who use an online dating service say that someone has made them feel uncomfortable on such a site, as opposed to only 17 percent of men.

The study, the first time Pew has tackled online dating since 2005, shows a striking increase in people who use the practice. Now 11 percent of American Internet users consider themselves online daters, almost double the total from eight years ago. Now, a full 38 percent of Americans who consider themselves “single and looking” for a romantic partner have used a site like Match.com or OkCupid. And while more than half of users—54 percent—have been upset at least once that someone “seriously misrepresented” themselves online, 79 percent stand by the process as still a good way to meet people.

That makes sense, given the increasing demographics of who dates online. Nearly half of any age group know someone who at at least sometimes uses such a site, with the sole exception of the over-65 set (24 percent).

Give it another eight years. Surely those older folks will have changed their mind.