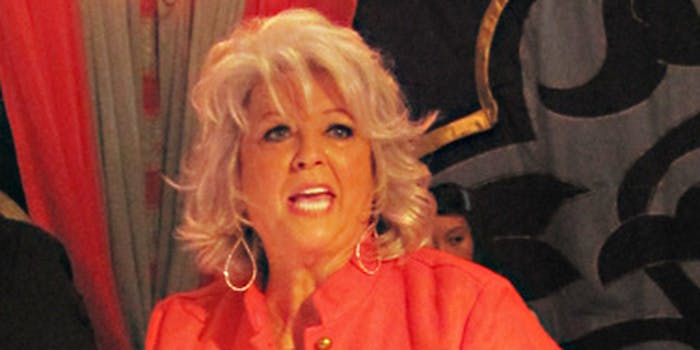 "Please forgive me for the mistakes that I have made," the Food Network star said in a video released Friday.

Seeming to choke back tears, Deen said she had made a mistake and pleaded for forgiveness from the public.

“I’ve made plenty of mistakes along the way, but I beg you, my children, my team, my fans, my partners — I beg for your forgiveness. Please forgive me for the mistakes that I have made,” she said in the video message.

A former manager for Deen’s restaurant in Georgia is suing Deen and her brother for racial and sexual harassment. According to CNN, the lawsuit alleges that the two committed acts of violence, discrimination and racism against a manager in the five years she was employed.

In a deposition from the case, Deen admitted to using the N-word, but not to her employees, and she denied telling “racial jokes.”

Deen testified that she may have used the racial slur when talking to her husband about the time “a black man burst into the bank that I was working at and put a gun to my head.”

She said it had been “a very, very long time” since she had uttered the word.

Deen pulled out of an appearance of the Today Show early Friday morning. A representative told the show Deen would not appear because she was suffering from “exhaustion.”

UPDATE: Deen is out of a job. The Food Network has announced it won’t renew her contract, which expires in nine days. Meanwhile, she has posted two additional apology videos to YouTube. In one of them, she apologizes to Today host Matt Lauer for missing her scheduled appearance on his show.