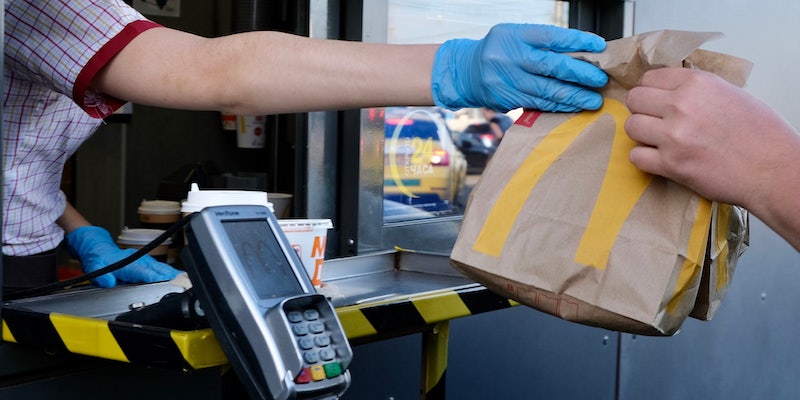 Fast-food workers went on strike in over a dozen cities Friday, and now the debate has moved online.

Social media users are debating economics this week, specifically the pros and cons of raising the minimum wage.

“All labor has dignity. And the way that we give labor dignity is by paying people the respect and the value that they are worth at minimum,” Ocasio-Cortez told Vox. “We have to make one fair wage and we have to raise the national minimum wage to $15 an hour, nothing less.”

Twenty-four states and Washington D.C. are raising their minimum wages in 2021, most to over $10 an hour. Floridians voted to raise Florida’s minimum wage to $15 an hour by 2026, becoming the first state in the South to do so.

Fast-food workers went on strike demanding $15 an hour in over a dozen cities Friday, and now the debate has moved online. Social media users are fighting over why the minimum wage needs to be raised, while also stressing the value of minimum-wage work.

Many users explained how difficult and underappreciated minimum-wage work is.

Others pointed out how little respect minimum-wage workers get.

“If flipping burgers paid a comfortable living would we not all want to do it?” one user asked.

Many who were arguing against raising the minimum wage pointed out how close $15 an hour was to other full-time salaries. Others said that argument just points to other underpaid professions, like teachers.

Many pointed out how minimum-wage workers are also considered “essential” during the pandemic.

The fate of the $15 minimum wage is still uncertain. A raise to $15 an hour could lift 1.3 million workers out of poverty, according to the nonpartisan Congressional Budget Office. However, it could also cost up to 1.3 million jobs. Some experts believe the job market isn’t yet strong enough to support job losses given the high unemployment rate amid the COVID-19 pandemic.

But others say these estimated job losses are a worst-case scenario. Heidi Shierholz, senior economist and director of policy at the left-leaning Economic Policy Institute, believes the CBO’s estimate is unlikely.

“That claim of job loss isn’t supported by evidence — it’s likely an overestimate of negative employment impact. But even if you accept their findings, they still find the benefits far outweigh the costs,” Shierholz, formerly the Labor Department’s chief economist under Barack Obama, told CBS MoneyWatch.