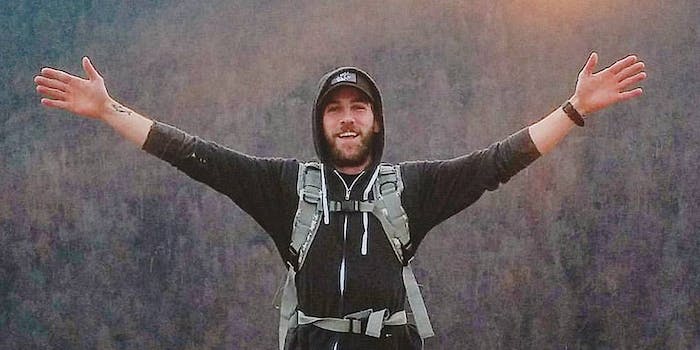 Man filmed himself jumping off boat to accidental death

Ryan Normoyle recorded himself jumping off a boat that he had left in gear.

The body of a New Jersey man was recently recovered from the bottom of Lake Tahoe over a month after he filmed himself jumping to his accidental death.

Ryan Normoyle, 29, rented a boat for two hours to explore Lake Tahoe on Aug. 10 as part of a three-week California vacation. He used his cell phone to record himself jumping off the boat and into the water.

Normoyle had unwittingly left the boat in gear, and investigators believe it left him behind in the rough water, where he struggled to catch up to the boat and eventually drowned.

The boat washed up on the east shore of Lake Tahoe in Glenbrook, Nevada, on the night of Aug. 10. Investigators recovered Normoyle’s phone from the boat and found the video of him jumping into the water.

“The cellphone video basically shows him jumping off the boat,” Lt. Travis Cabral with the South Lake Tahoe Police Department told CBS13. “It looks like he was [playing around in the water and] didn’t know the boat was in gear and he wasn’t able to make it back to the boat.”

Police used the phone’s GPS information to locate where Normoyle was right before he jumped, and other agencies analyzed weather conditions and the lake’s currents to find his body. Their search proved unsuccessful until last week when search and recovery nonprofit Bruce’s Legacy located Normoyle’s body using underwater sonar.

Bruce’s Legacy partnered with local police and fire departments and located Normoyle’s body on Saturday, Sept. 26. It was 1,550 feet below the surface, according to Bruce’s Legacy team leader Keith Cormican.

On Monday, the recovery team hoisted Normoyle’s body out of the water. In the midst of the rescue, his body fell to 1,565 feet, making it by far the deepest recorded recovery in the United States or Canada. The deepest recovery prior to Normoyle was 1,062 feet, once again in Lake Tahoe in September of 2018.

Normoyle’s body will be returned to his family.