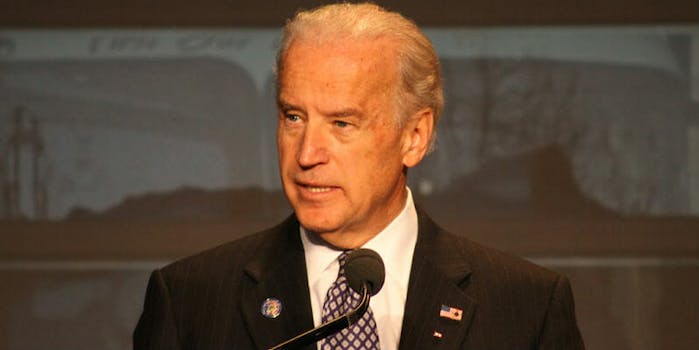 30 years ago no one believed her sexual harassment claims. Joe Biden says he owes her an apology.

Nearly 30 years ago, Anita Hill accused Clarence Thomas of sexual harassment and no one took her seriously. Thomas had been nominated for the Supreme Court and during his confirmation hearings, Joe Biden oversaw the Senate Judiciary Committee. During those hearings, Hill’s character was attacked and her trustworthinessquestioned.

“I believed Anita Hill,” Biden told Teen Vogue. “I voted against Clarence Thomas… And my one regret is that I wasn’t able to tone down the attacks on her by some of my Republican friends. I mean, they really went after her. As much as I tried to intervene, I did not have the power to gavel them out of order.”

“I wish I had been able to do more for Anita Hill,” Biden said. “I owe her an apology.”

In 2014, Hill told HuffPost that Biden did a “disservice” to her.

Biden has long been criticized for these hearings. Politico described him as being seen as “subjecting an African-American woman to public humiliation and abuse.”

Last week, during a panel at the United Talent Agency, Hill said, “In today’s atmosphere, there would be more people who would understand my story, who would believe my story, and I think the numbers have changed over the years in terms of people who believe me and support me.

Biden voted in favor of Thomas’ nomination to the Court, where he has served since 1991.