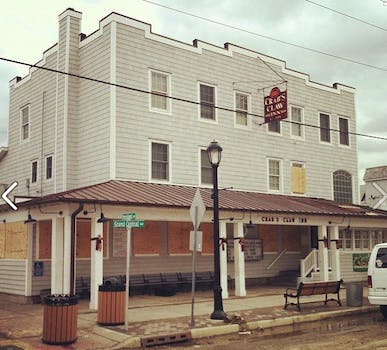 How a Facebook page became the top source for hurricane news

In Hurricane Sandy’s destructive wake, it’s a Facebook page that is providing essential information to those affected in New Jersey.

JSHN is a constant feed of timely information that is proving to be indispensable as the state struggles to get back on its feet. Auciello told MuckRack that he is posting several times a day from hundreds of trusted contributors that he’s developed over the past year.

“It is especially useful in emergency situations, particularly when people are without power and only have social media via smartphones,” said Auciello. “I try to cover stories from all angles—as much context as possible in real-time, which is a complex task.”

The crowdsourced page sees hundreds of posts a day, with some JSHN contributors posting live reports of news breaking incidents, like fires or rescue operations. During the peak of Sandy, Auciello said the page was receiving hundreds of new posts every 15 minutes.

The page’s large fanbase could be tempting to hoaxers thirsting to spread false information, but that hasn’t happened since users identify by their full names.

“In the event that a report is false, it would get exposed quickly by someone else,” said Auciello. “I think it’s a testament to citizen journalism that mainstream media monitors JSHN for information.”

JSHN’s influence spreads beyond casual users and is sourced by mainstream press outlets and monitored by the New Jersey Office of Emergency and fire departments. Stranded residents are posting to appealing for rescue while the Union Beach Fire Department seeking generators had their request granted within ten minutes of posting.

Auciello, whose house maintained power during the storm, called the project “very time consuming.” In addition to maintaining a full time job and a small staff, he admitted that it’s going to be difficult to continue JSHN at this magnitude for long.

“This is the future, especially with smartphones growing in popularity every day,” said Auciello. “People not only want news in real-time, but they also want to help report the news.”