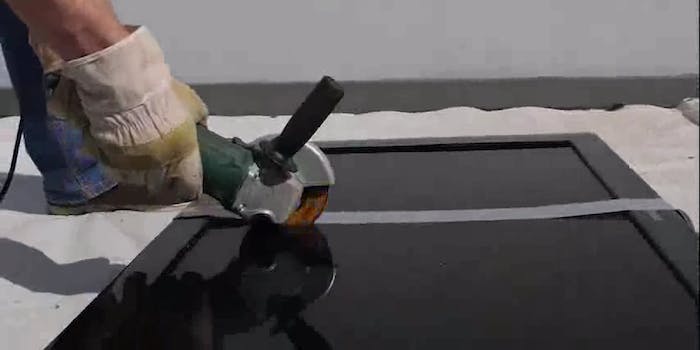 German dude pulls off the best breakup stunt of all time

It totally redefines the term "splitting up."

They say hell hath no fury like a woman scorned, but German man Der Juli turned that adage upside down by sawing all the possessions he once shared with his former girlfriend in half and putting them on eBay.

Earlier this week, Juli uploaded a video on YouTube titled “For Laura,” accompanied by a brief description thanking his ex for 12 “beautiful” years together. At first glance, you’ll think it’s a sweet declaration of love and continued appreciation. Once you hit play, though, you’ll see that’s not the case.

In the clip, Juli uses cutters and power tools to cut various items in half, including an iPhone 5, a chair, a Samsung TV, a metal bed frame, and a car. If the angry music in the background doesn’t adequately convey Juli’s emotional state, the painful grinding sounds produced by all the sawing will.

An Australian news outlet reported that while Juli sent his ex her half through the mail, he listed his share of the bounty on eBay. Here’s a quick price list of some of the items up for grabs:

One could write the whole thing off as an impressive stunt. As it turns out, it actually was: A German-language website has reported that the video and the eBay post were part of a viral marketing campaign for a German legal resources database. But that didn’t stop the items on eBay from drawing bids from actual buyers.

Half a car is better than none, it seems. 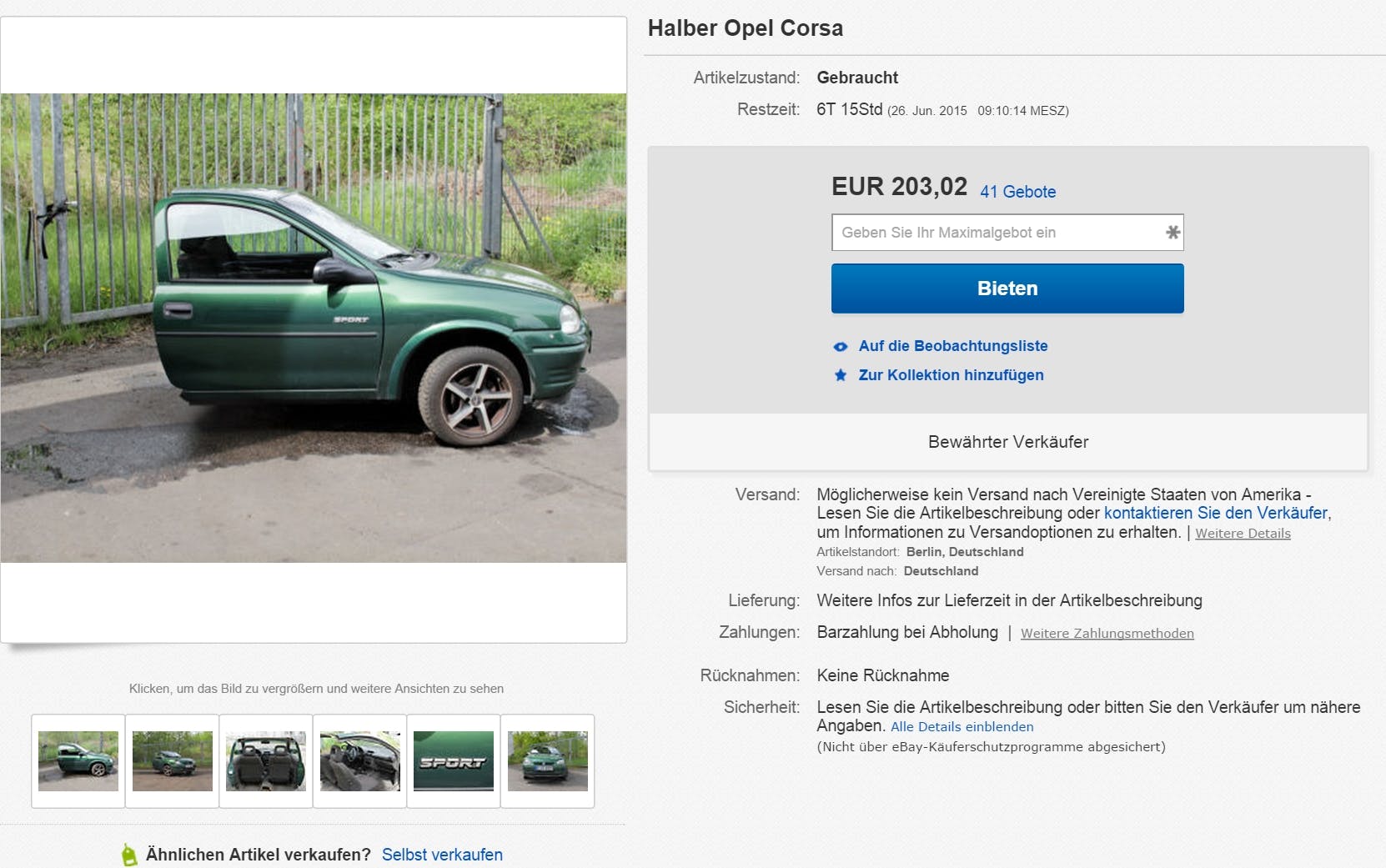 Correction 12:12pm CT, June 22: The German online publication Suddeutsche Zeitung has reported that the video of “Der Juli” splitting up his ex’s possessions was actually a viral marketing video for a German website that helps people find divorce lawyers. Although the eBay listing received a number of bids, it has since been taken down.