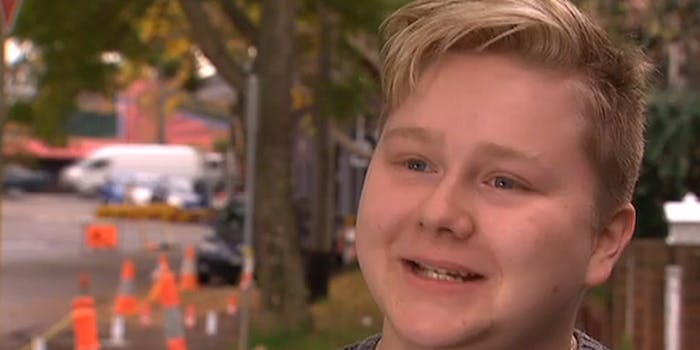 After losing both parents, student turns to crowdfunding for college

Without financial support from him family, Georg Tamm is using crowdfunding site Pozible to raise $3,000 toward his tuition.

After having to pay for his mother’s funeral following her unexpected passing, Georg Tamm was left being unable to fund his studies at the University of Sydney next semester.

“Having lost my dad just last year, Mum was really the only financial supporter that I still had,” he told World News Australia.

The first-year student turned to the Internet to ask for some help through crowdfunding after also having to start paying for living costs after moving out of home. His friends set up a campaign on Australian crowdfunding site Pozible with the aim of raising $3,000 AUD.

Tamm moved to Australia from Germany in 2008. As he is a permanent resident rather than a citizen, he is unable to use a scheme which would allow him to defer his fees until his income reached a certain level. Though the university helped Tamm with a $2,000 interest-free loan, “he really needs financial relief,” the campaign page notes.

With 13 days to run on the campaign, more than 100 people have pledged over $4,300 AUD ($3,970 U.S.) to help out 19-year-old Tamm. As far as perks go, those pledging less than $100 will have the reward of “knowing you helped Georg in making it back to Uni.” Those who offered more will receive letters from Tamm detailing how their support helped.

“It’s really life-changing because I had other responsibilities and I didn’t think I’d be able to come back to U. Syd next semester,” he said.

Crowdfunding might most commonly be associated with creative projects, but campaigns such as Tamm’s and those helping athletes get funding show the concept has the capacity to change lives in fundamental, tangible ways.