Duke students are voicing their fear and anger on Twitter and YikYak.

Last Tuesday night, Duke University once again found itself the target of intense media scrutiny after a noose of yellow rope was found hanging from a tree on campus.

Although the noose was later removed, photos of it began circulating on campus last Tuesday. The university took the initial steps to make students on campus feel safer by sending a mass email informing them of the incident.

This morning on Duke's campus, a noose was found. Vice President of Student Affairs has sent an email to students: pic.twitter.com/Ekv5rnQKav

Larry Moneta, Vice President of Student affairs, sent a message to students denouncing the stunt. He called it a “hateful and stupid act,” saying that he “can’t begin to describe the disgust and anger I felt, and still feel” toward the perpetrator.

The noose is completely dominating the conversation on the geolocation-based social network YikYak. While some students appear to be enraged by the incident, others appear to think it’s not such a big deal. 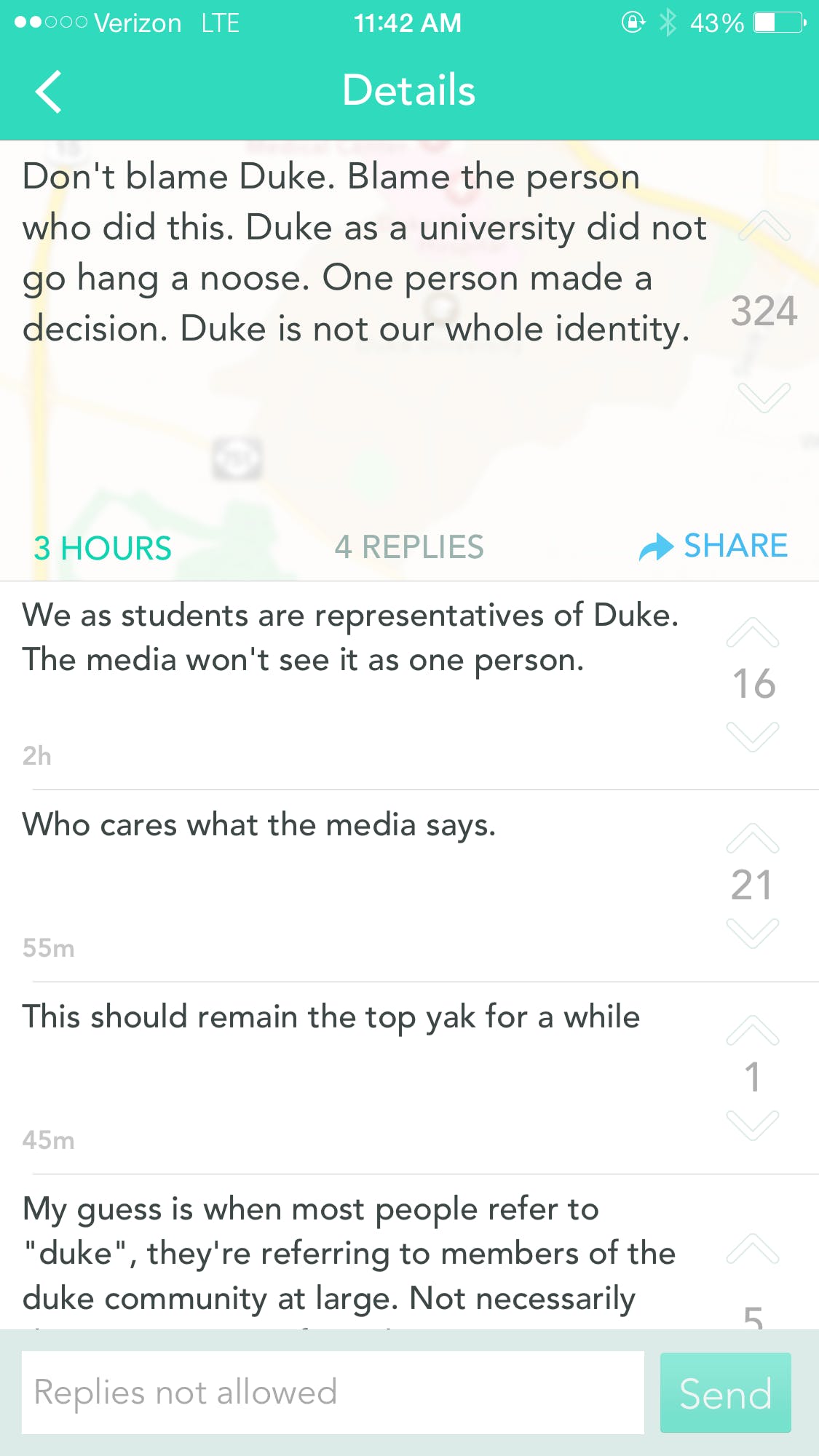 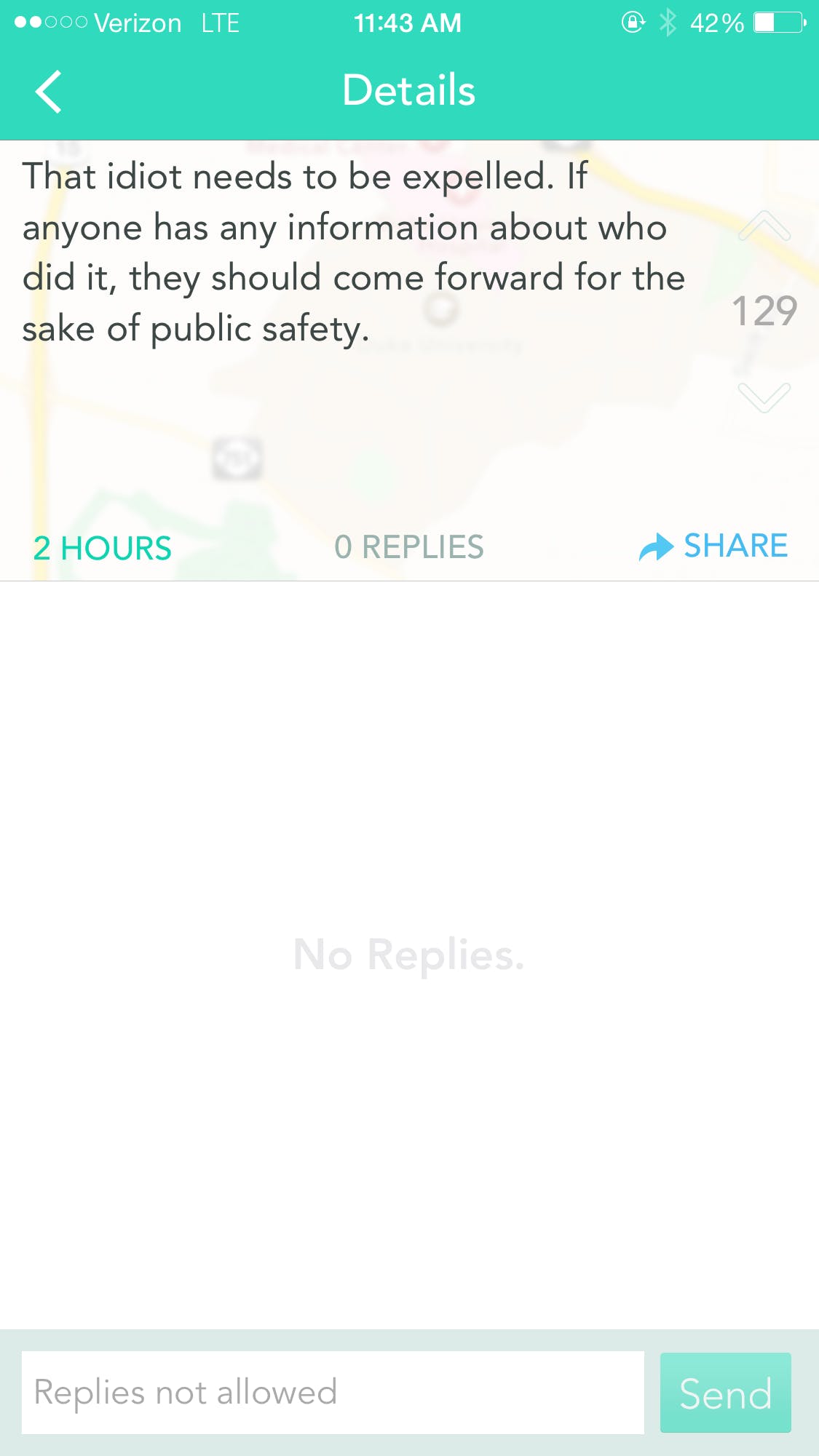 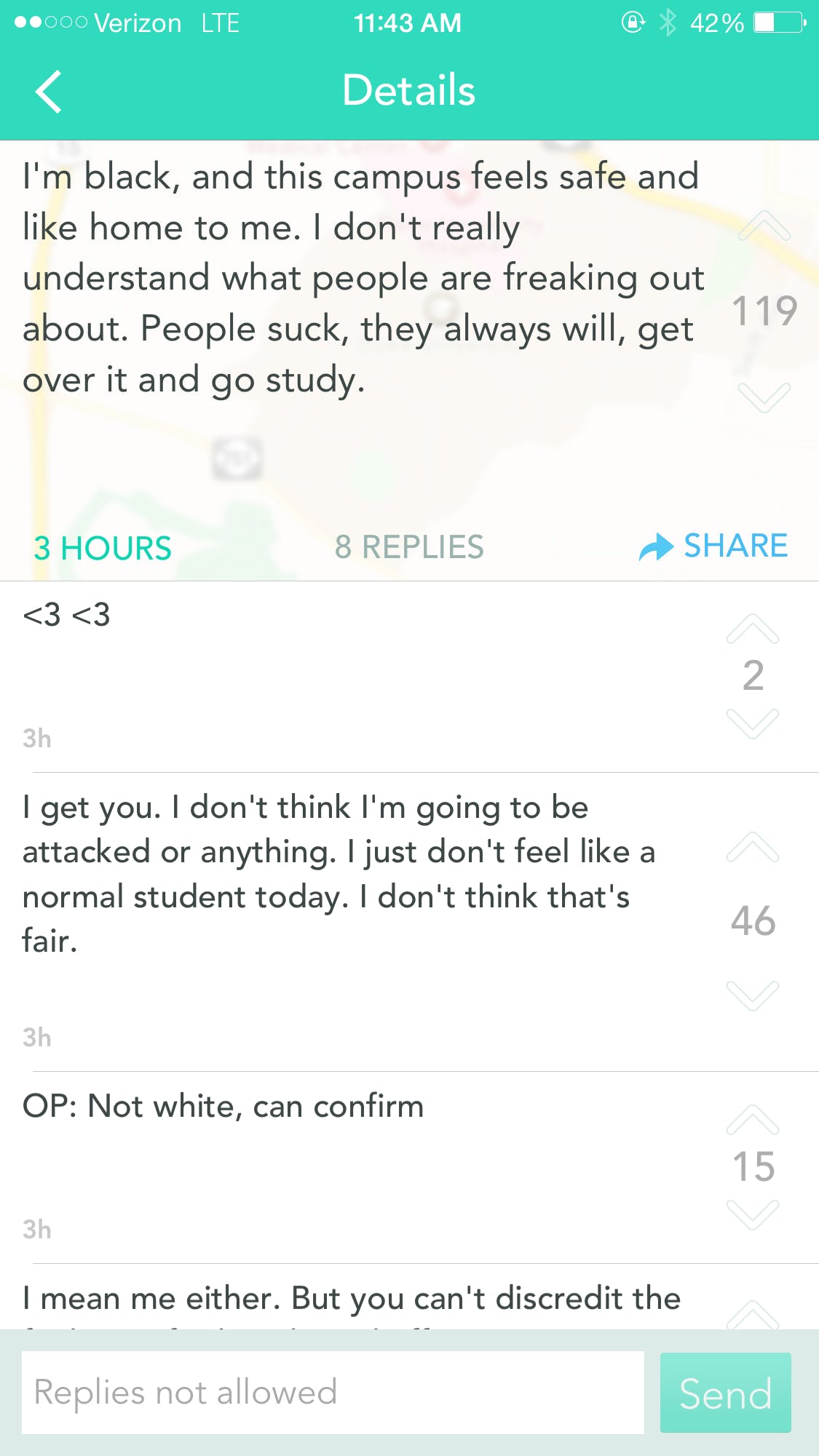 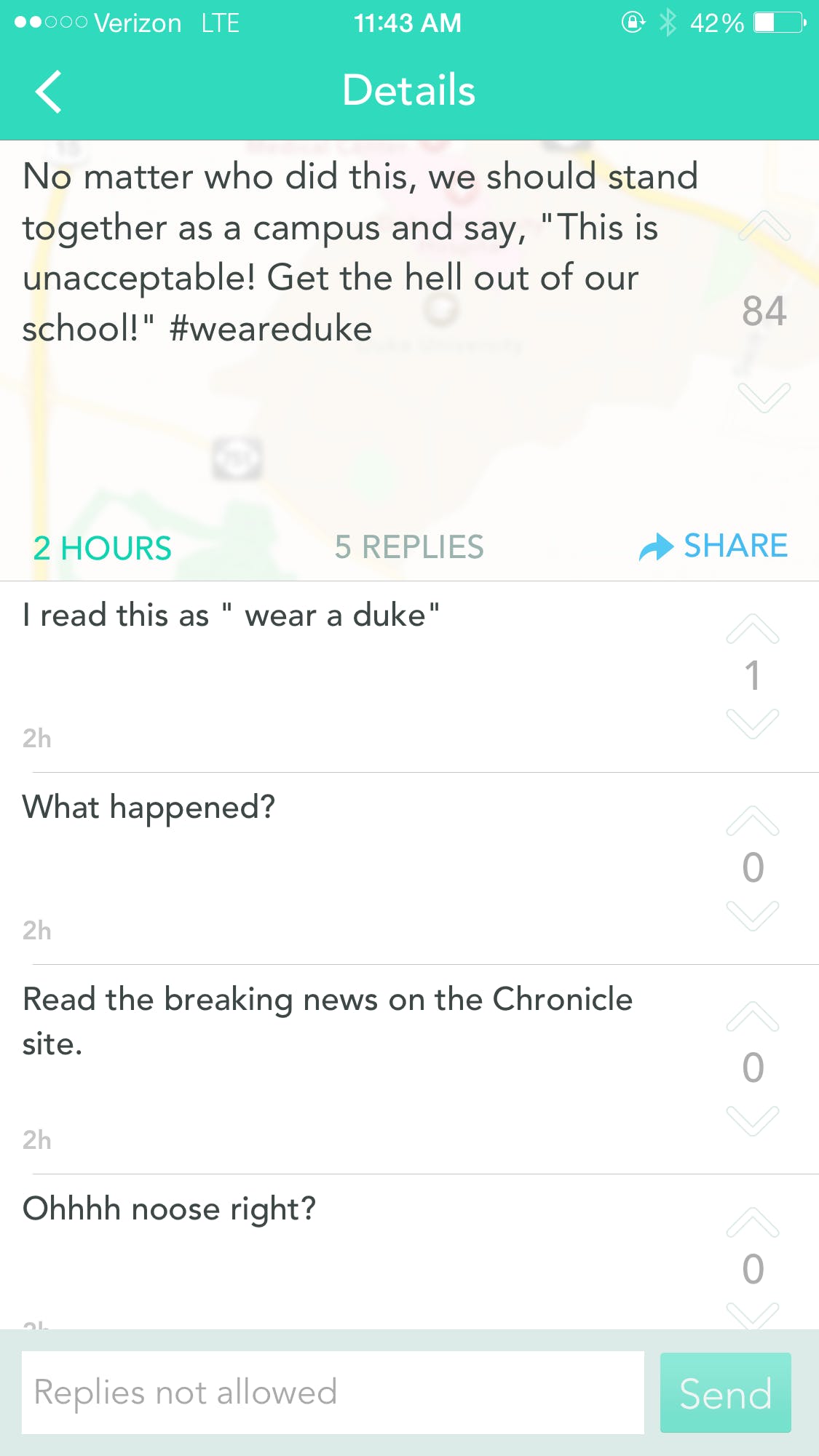 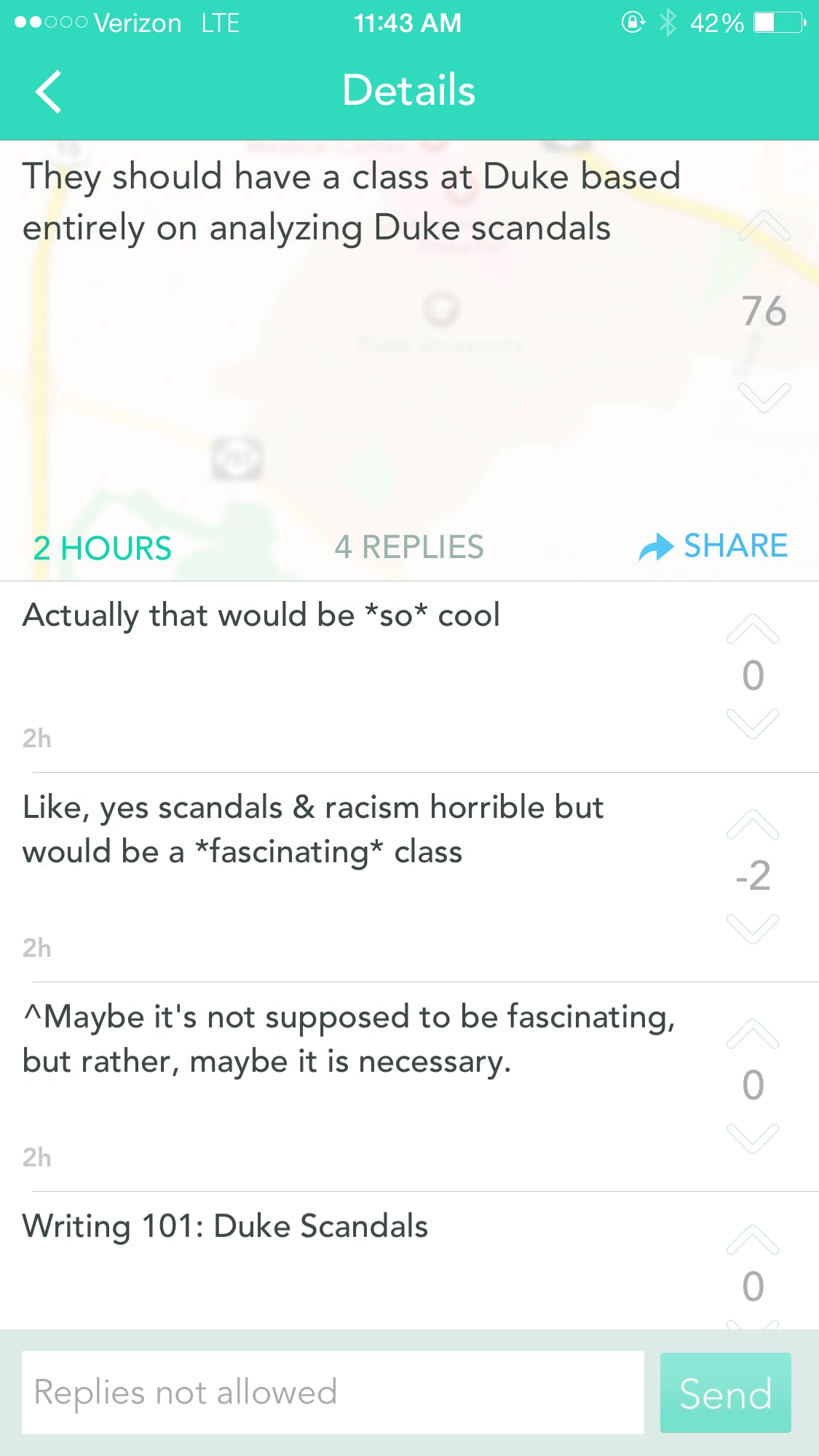 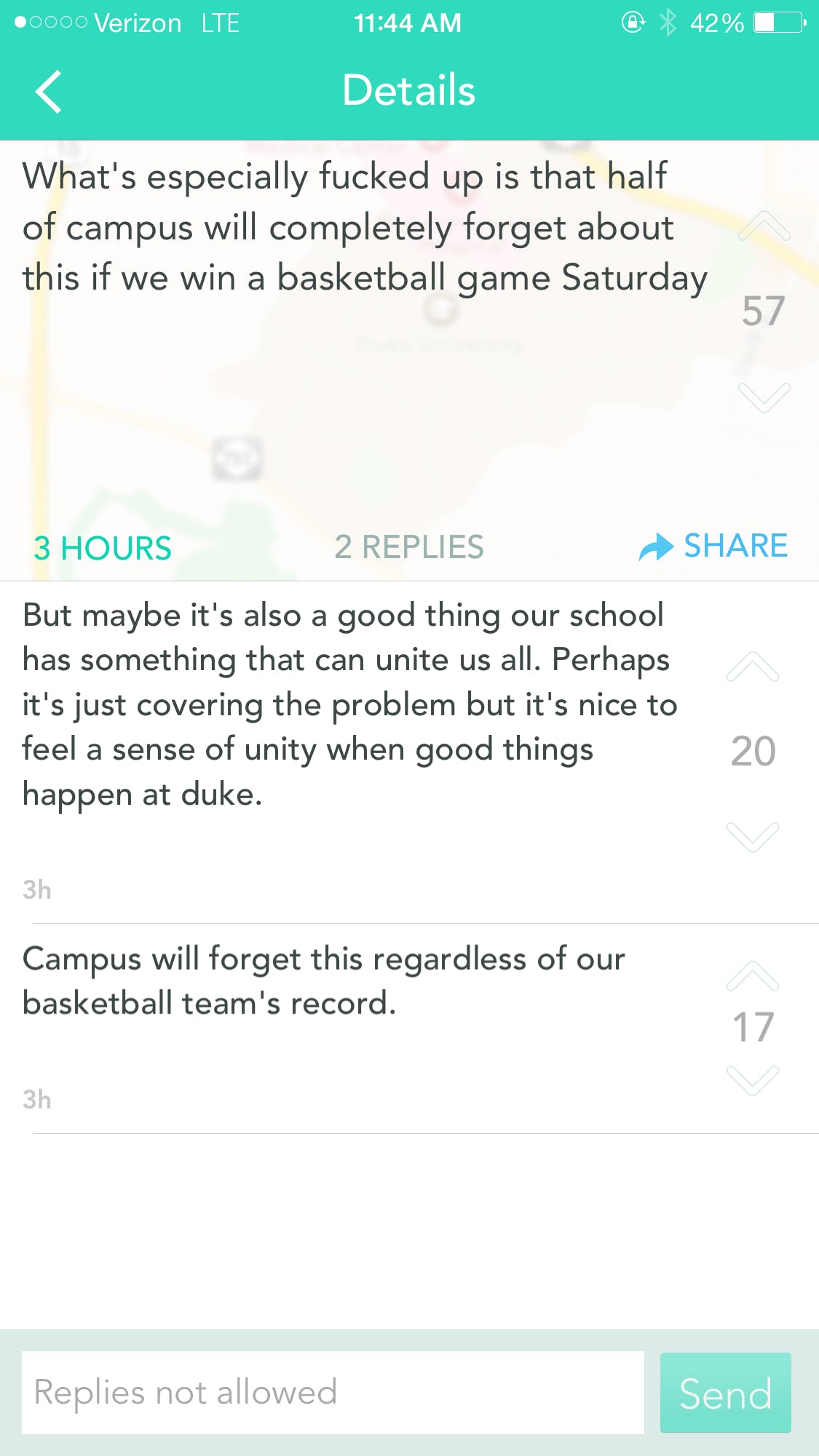 The Twitter talk is similar. Some Duke students are disillusioned with what they perceive to be the administration’s weak response to the incident. Others think the noose sighting highlights the issue of systemic racism on the Duke campus.

The idea that hanging a noose on Duke campus could pass as a joke displays the depths of their racism.

I want to be proud to be at Duke, especially in the final 4. It's getting harder with racism pervading campus. Hanging a noose? Not okay.

On Wednesday afternoon, a crowd of 300 people, including some members of the college’s Black Student Alliance, marched across campus chanting, “We are not afraid. We stand together.”