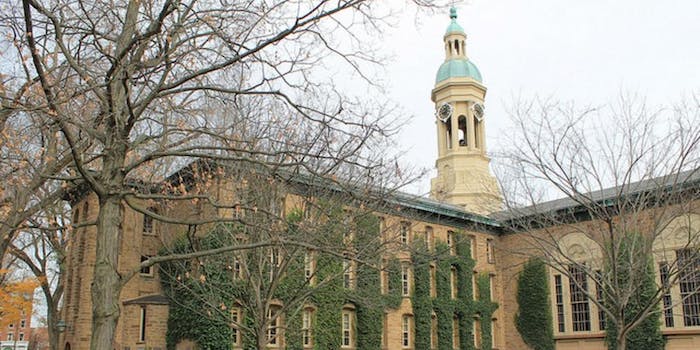 Dating app ranks colleges by most to least dateable

College guidance counselors don’t want you to know this, but it’s pretty much a fact that where you go to college has little to no influence over the course of your professional life. It could, however, affect your dating life, if a recent survey on which colleges produce the most and least dateable alumni is any indication.

Sponsored by the dating startup the Dating Ring, the survey used 7,500 dating feedback reports from at least 1,600 people to figure out which colleges produced the most datable alumni, by determining how many people would say yes to a second date with that person.

The most dateable college, according to the survey, was Colgate University, the liberal arts college in Hamilton, N.Y., with nearly 81 percent of Dating Ring users saying they would go on a second date with a Colgate alum. Other colleges with high dateability quotients included Northwestern University, Lehigh University, Boston University, and University of Texas Austin.

So which colleges produced the highest percentage of unlovable uggos, according to Dating Ring users? Babson College, the business school in Wellesley, Massachusetts, which received a meager 17 percent dateability score. Other colleges that produced undatable alumni included Rutgers, the University of Chicago, the University of Pennsylvania, and Princeton. (Sorry, Princeton Mom.)

Of course, the results of the Dating Ring survey are far from scientific: The startup is currently only based in New York and San Francisco, so the study isn’t exactly geographically representative. It’s also possible that the results of the study say more about the Dating Ring’s user base than the colleges themselves. Maybe the Dating Ring has an unusually high percentage of attractive, professional Colgate alumni, for instance, but that doesn’t necessarily reflect on the attractiveness of the Colgate student body itself. (In fact, speaking as someone who has dated men from at least four of the top 10 most dateable colleges, I can almost say for sure that it does not.)

Nevertheless, at least one college student whose alma mater showed up on the survey is unsurprised by the results. Sarah Sukumaran, a Babson graduate, says she understands why her alma mater received such a high undateability ranking. “Post-grad, I think a lot of us do struggle to date, because we’re so focused on our careers,” she told the Daily Mail. “We spend like, 8am to 8pm at our jobs and by the time the day is done, we don’t want to go out.” Mamas, don’t let your babies grow up to be MBAs.