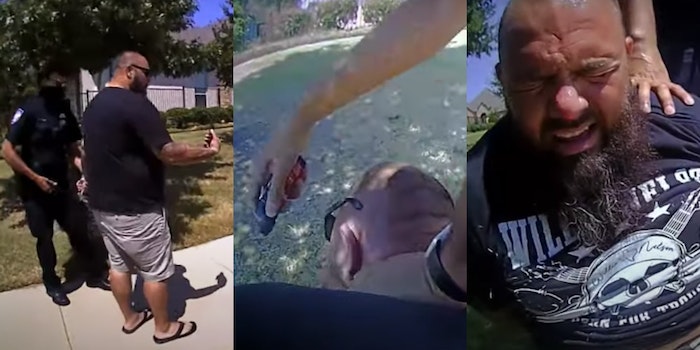 The victim has filed a lawsuit against both officers.

What should have been a routine traffic stop went off the rails when cops arrested a driver for no apparent reason, then arrested and pepper sprayed his father for filming them.