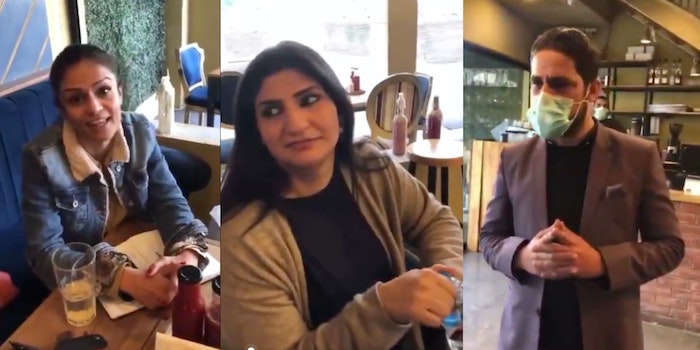 Café owners film themselves ‘humiliating’ employee over his English

'Could you please speak to everyone in English, and say a sentence?'

Owners of a high-end café posted an apology to Instagram after a video of them condescendingly grilling an employee over his lack of proficiency in English went viral.