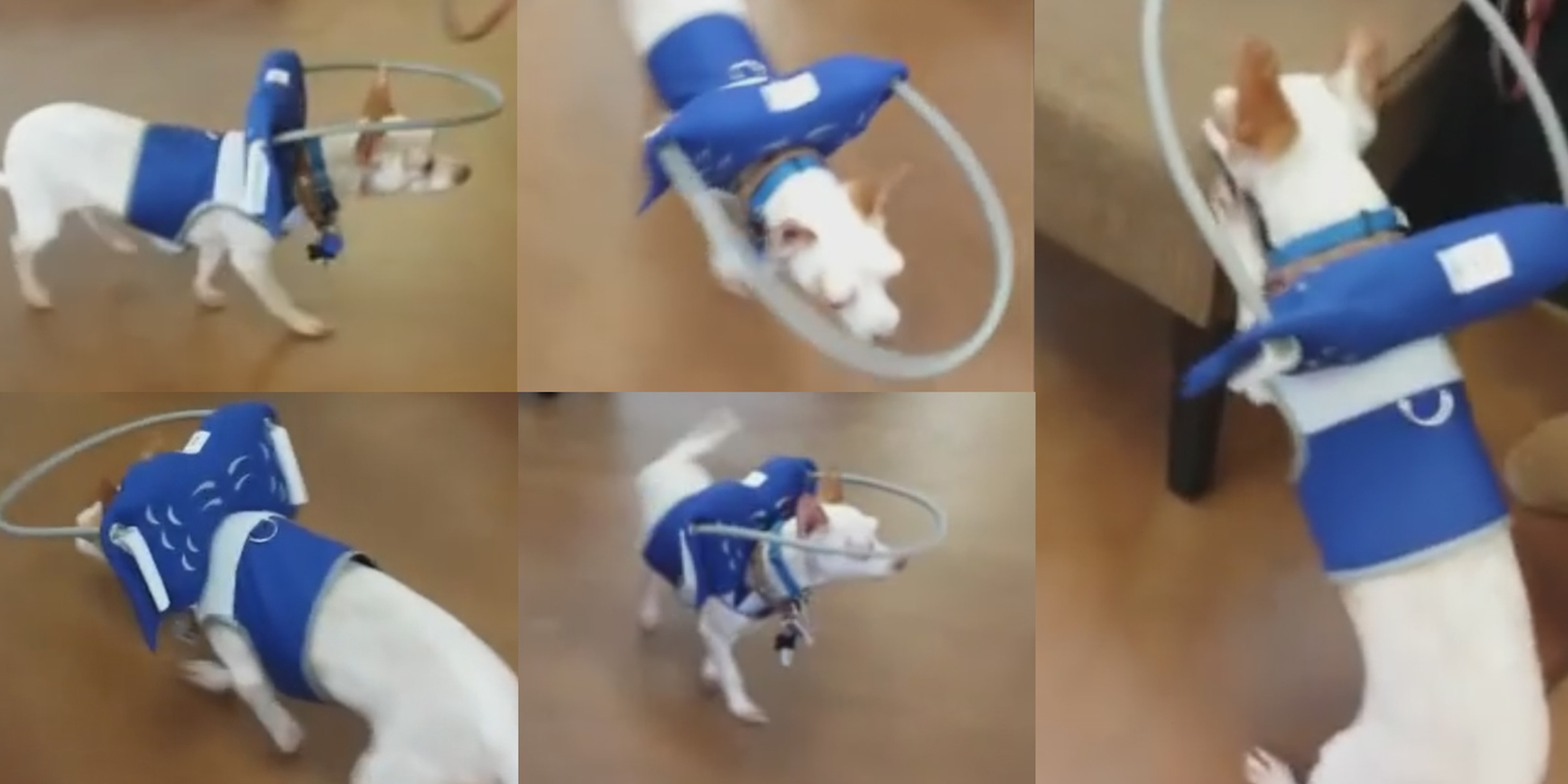 All it took was a halo to get one dog back to his inquisitive self.

Foxy, a 4-year-old Jack Russell terrier and Chi mix, is blind. Instead of risking injury by bumping into anything around the house, he was fitted with Muffin’s Halo back in February. It’s a wearable guide for blind dogs, a wearable ring that looks like a half of a hula hoop. It’ll alert the dog when it’s approaching something well before it can walk into it and get hurt.

Foxy doesn’t need much encouragement before he sets off. He’s quite the fast learner.

The Halo was originally created by Silvie Bordeaux after her toy poodle Muffin went blind. She wanted to make his life better from bumping into everything after he became depressed and afraid to move around. And if Foxy is any indication, that change is almost instantaneous.