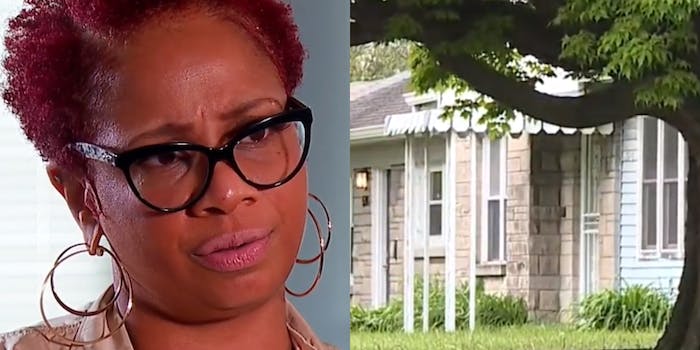 Indianapolis resident Carlette Duffy found that her house more than doubled in value of her house after she removed evidence that a Black person lived there. Her white male friend pretended to be the homeowner, instead.

Duffy was shocked when two different appraisers assigned her house the same value that she originally paid for it in 2017. She said neither the housing market nor anything she had done to her home should have prevented the property from appreciating in value, so she decided to try an experiment.

Duffy read an article about a Black family that increased the appraised value of their home after white friends posed as the homeowners and hid indicators of racial identity that were normally on display. Duffy decided to try the same thing: She removed all the African art, family photos, and a lot of her books.

She then asked a friend, a white man, to pose as the homeowner during face-to-face interactions with the appraisal company. Her home’s appraisal value increased by $100,000.

“I get choked up even thinking about it now because I was so excited and so happy, and then I was so angry that I had to go through all of that just to be treated fairly.

Racial bias in real estate has been an ongoing problem since before the redlining of the 1930s.

Until recently, however, the industry has been unwilling to acknowledge this and blamed disparities on “market conditions” rather than “race composition” in the individual neighborhoods.

Things are starting to change now under the president of the Appraisal Institute, Rodman Schley. Though Schley attributes disparities to unconscious biases, he has gone on record acknowledging the problem and implemented a series of policies and training sessions intended to rectify it.