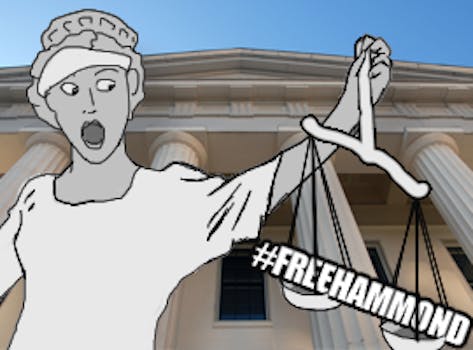 On Nov. 20 Jeremy Hammond was denied house arrest by a New York federal judge for his alleged involvement in the hacking of Texas-based private intelligence firm Stratfor. In the days since his hearing, Hammond’s supporters have demanded that the judge recuse herself from the case due to her Stratfor ties.

Hammond was one of the five members of LulzSec—an anonymous hacker group—arrested in early March in connection with the Stratfor leaks, including millions of company emails as well as the private information of over 860,000 of its subscribers. This data was subsequently published on WikiLeaks as the “Global Intelligence Files.”

The presiding judge in question is Loretta Preska, chief judge of the United States District Court for the Southern District of New York. Judge Preska denied the defense’s request for house arrest at the aforementioned bail hearing because she considered Hammond a flight risk due to the severe sentence he faced—a possible 37 years to life in prison—and because the hacker displayed a “lack of regard for legal authority.” Preska also cited Hammond’s incomparable hacking skills as a reason for her ruling.

Also released in the dox was information on her husband, Thomas Kavaler. Mr. Kavaler is a partner at Cahill Gordon & Reiner LLP, a firm where Preska was once an associate. As it turns out, he was also one of the 860,000 individuals whose data was revealed in the Stratfor hack.

Anonymous linked Kavaler to Stratfor by his work email, which is publicly available on his law firm’s site. A member of the collective took that email address and looked it up in a database of compromised Stratfor accounts published by the Web development firm Dazzlepod to see if it yielded a result. It did.

Anonymous published a press release on Nov. 23 detailing their findings and blasting Preska for her vilification of Hammond.

“During Jeremy’s bail hearing Judge Preska portrayed Jeremy as a terrorist more dangerous than murders [sic] and sexual predators, denied his bail and, before Jeremy and a gathering of his friends and family, announced the sentence he would face if found guilty: 360 months to life.

“What Judge Preska did not disclose at this hearing was that she is bound by law to recuse herself of this case due to a direct conflict of interest.”

“John,” an Anonymous member who agreed to speak to the Daily Dot via phone to recount how they were able to tie Preska to Stratfor via her husband, told us that the discovery was a fortuitous one, equating it to finding a needle in a haystack.

The Daily Dot also reached out via email to Mr. Kavaler seeking comment on the story. He contacted us on Nov. 28 via telephone and denied ever having a Stratfor account. Kavaler also dismissed Anonymous’ claims as falsehoods.

But the evidence indicates otherwise. And, according to court reporters who spoke with The Sparrow Project, Preska herself was fully aware of her husband’s connection to Stratfor even before Anonymous linked him to the private intelligence firm.

Despite the Stratfor association, Preska has refused to recuse herself from the Hammond case. As a result, the defense attorneys are planning on filing a motion for recusal and a motion to reset a bail hearing as early as today, per a Jeremy Hammond supporter who communicates with the legal team who asked to be kept anonymous.