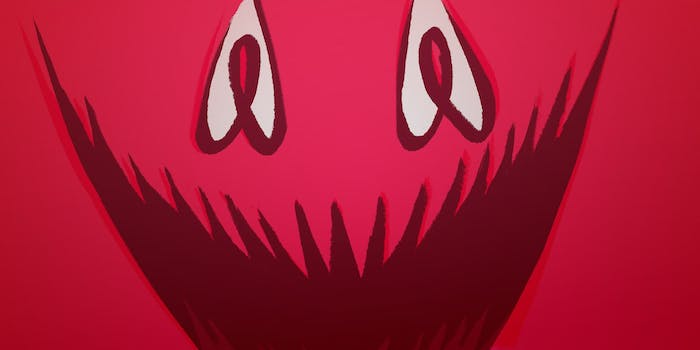 Stay in Airbnb’s most haunted properties

Have a ghost in your house? Rent it out.

Renting your property on Airbnb comes with its share of issues for any host. How do you make your apartment sound enticing? How do you ensure your guests don’t trash the place? Is it even legal? And perhaps, if you’re in this situation, what do you do about the ghosts?

For plenty of Airbnb hosts, the answer is to make your paranormal cohabitants part of the package.

Airbnb has let people book nights in the Paris Catacombs or at a jail house in Montana—both of which are certainly spooky—but many owners and hosts of haunted houses make the ghosts a part of the stay. “Everyone who visits the Haunted Castle House Bed and Breakfast comes here because of the paranormal history,” explained Nick, who runs the Haunted Castle House in Brumley, Missouri and didn’t know the place was haunted when he bought it. Nick opens his listing by saying the house was “Named one of the most haunted homes in the Midwest, this 169-year-old Victorian has over a century of paranormal activity.” Check in is 3pm.

Visitors in New Orleans may enjoy the haunted bedroom at the P-B Mansion. “Don’t worry, our ghost (a young girl in a yellow dress from the 1890s) is very shy,” says their listing. 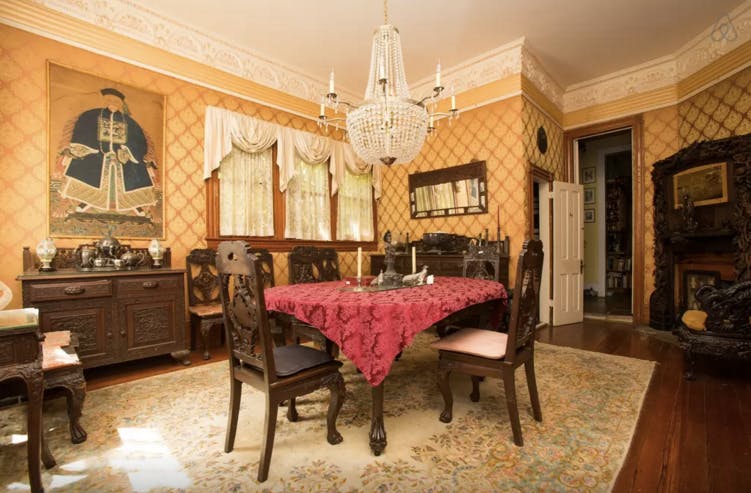 There’s the Haunted Chamber Apartment in York, England, where one reviewer raved “Although I didn’t sleep well (hearing all kinds of bumps in the night) we loved it.” One haunted estate in La Cañada Flintridge, California features breakfast, daily maid service and WiFi, and possibly the ghost of Robert T. Moore, who died in his bedroom on October 30, 1958.

Of course, it’s hard to verify that any house is haunted. (You could try Selena Gomez’s favorite ghost-hunting app.) Those that are serious about confirming paranormal activity, though, depend on psychics. “Over the course of the last couple years, we have gotten a few psychics that have stayed here and have said that they have seen him, the original owner, and he is content with what we have done with his house,” said Sherry, who runs the estate in La Cañada Flintridge. 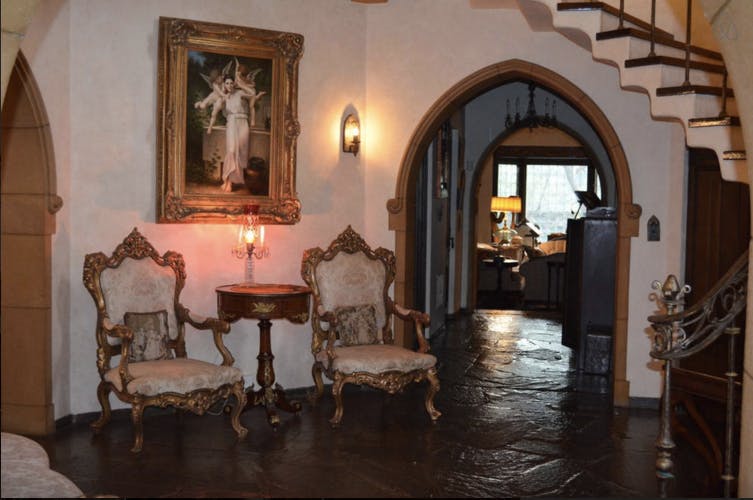 Psychics and mediums also agree Nick’s haunted castle is filled with spirits, “many of which are children,” as the house was formerly a hospital. “I’m not sure if the ghosts mind the guests. I know the more people in the home staying over the more paranormal activity that goes on,” says Nick. “One psychic did tell us that an old woman in a black dress follows our tour groups from room to room. She supposedly stands in a corner shaking her head in a disapproving manner.”Guests have stories of hauntings, too, which often they mention in the comments. “I did not sleep (at all) my first night due to a ghostly visitor that would pass by,” wrote one guest of a haunted mansion in Colorado. 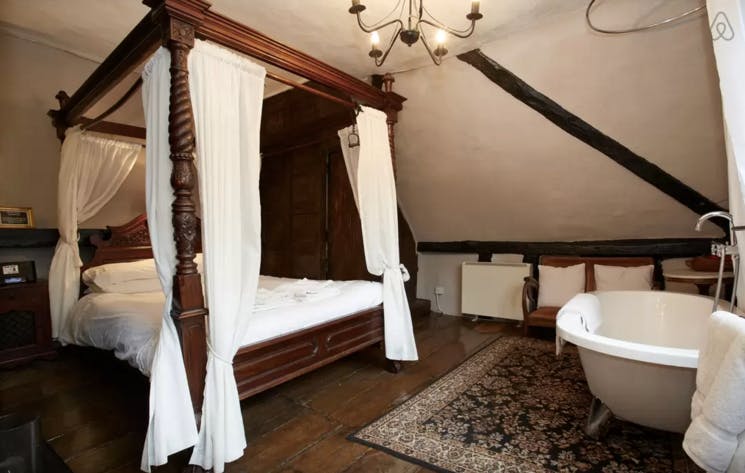 “We did not see the ghost but we did hear strange noises. That just added to the ambience,” said a guest of a haunted NOLA property. According to Sherry, the California host, during a wedding “the bride stayed in the suite and she said the eyes in the picture were following her.” In fact, when there aren’t ghosts, guests feel cheated. “Many guests are”a little disappointed if they don’t experience a ghostly encounter,” explained Nick.

However, sites like Airbnb make it easy to attract the kinds of visitors who want a haunted experience, turning a ghost into an asset. So if you have a haunted house, monetize your ghost! And Airbnb, maybe you could spend the money you spent on those passive aggressive ads on hosting some cool seances?