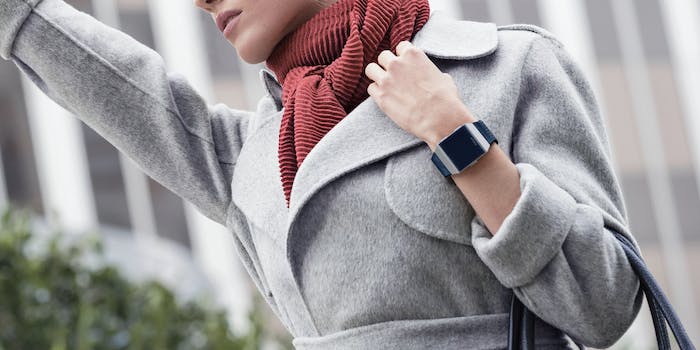 Fitbit data helped convict a man of murdering his stepdaughter

Data from the stepdaughter's FitBit did not correlate with her stepfather's telling of events.

Fitbit data has once again been used to help solve a crime, in this case, the murder of a San Jose woman.

Ninety-year-old Anthony Aiello visited his 67-year old stepdaughter Karen Navarra in mid-September. Five days later, a concerned colleague visited her home and discovered her dead. Aiello said that he brought Navarra pizza during a brief visit Sept. 12, but her Fitbit data suggested that was not exactly what happened.

Navarra was wearing a Fitbit Alta, a device that includes heart rate tracking. Data from her Fitbit showed a noticeable spike in her heart rate during her stepfather’s visit, immediately followed by a rapid slowing before stopping altogether. Video camera footage confirmed the timing of events—that the woman’s heart stopped while Aiello’s car was still parked in her driveway, indicating that Aiello had not left the premises yet.

When initially confronted with this evidence, which conflicted with his original story, Aiello originally said that someone else must have entered the house after he left. The blood splattered shirts also discovered in the garage? Just the result of what happened when he cut his hand during the visit. The murder was made to look like a suicide.

In its privacy policy, Fitbit states that it “may preserve or disclose information about you to comply with a law, regulation, legal process, or governmental request; to assert legal rights or defend against legal claims; or to prevent, detect, or investigate illegal activity, fraud, abuse, violations of our terms, or threats to the security of the services or the physical safety of any person.”