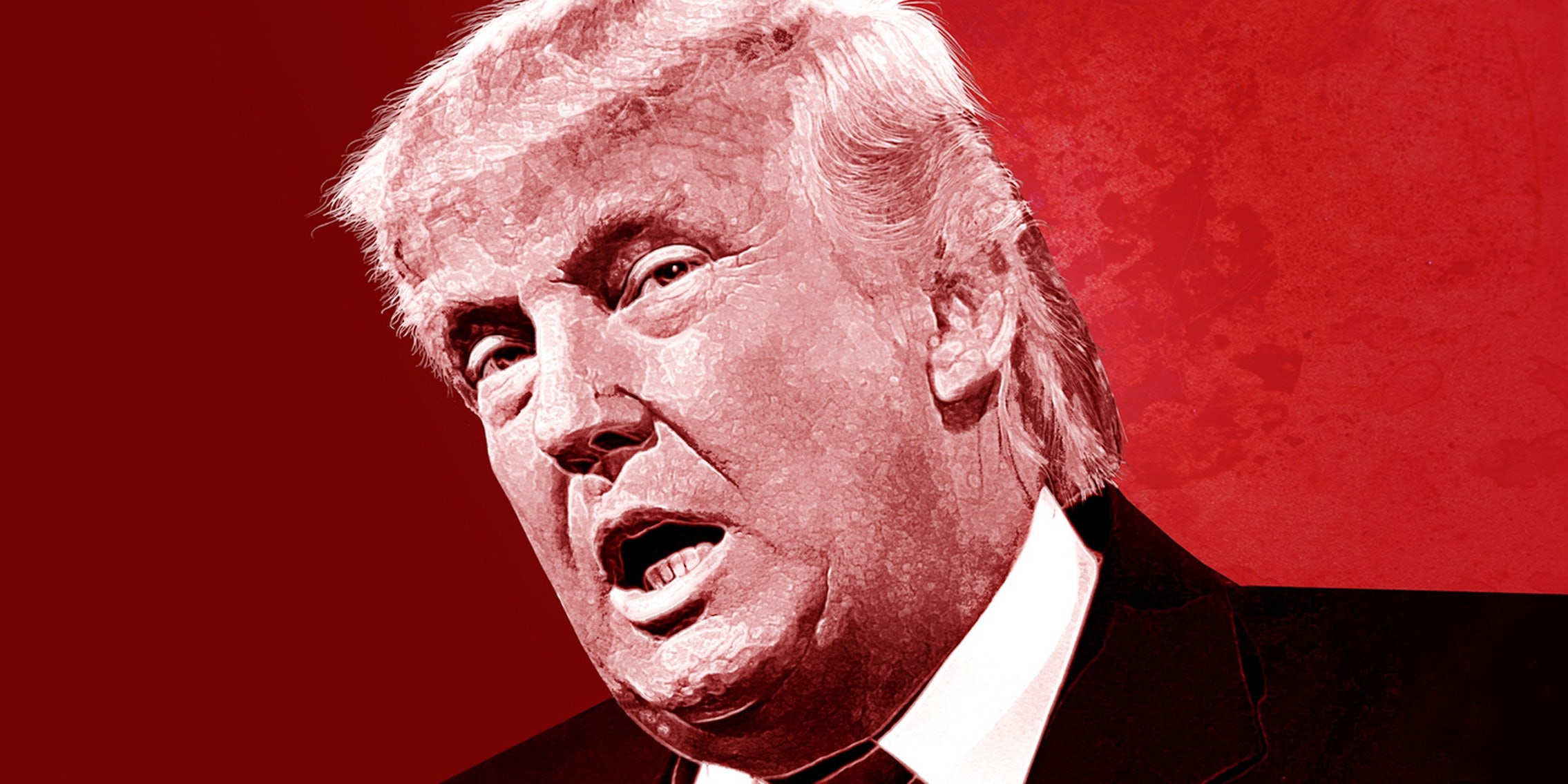 Donald Trump had plenty to say in the second Republican debate on Wednesday.

But fresh off an Ann Coulter troll tweet that, in response to the candidates’ repeated calls to support Israel, she wrote, “How many fucking Jews do these people think there are in the United States?” Trump tried to do her one better.

At a town hall rally in New Hampshire on Thursday, Trump claimed “we’re going to be looking at that” when a questioner asked him when the country “can get rid” of all the Muslims.

People continue to think that Barack Obama is a Muslim and that he’s not even an American. Though it’s perfectly believable, one supposes, that this would be the attitude at a rally for Trump, one of the most passionate Obama birthers in all the land.

But nonetheless, Trump didn’t really answer the question. Well, he answered the question like Trump answers questions he’s unsure about —with vague platitudes. But some believe this kind of response might be the tipping point for Trump’s political downward spiral.

Wrote Mother Jones, “All Trump said was this: ‘We’re going to be looking at a lot of different things.’ No pushback, no nothing. I’m sure he’ll be walking this back soon, but it might be unwalkable. If there’s any justice, this might finally do him in.”

Trump stmt to WaPo: "The media wants to make this issue about Obama. The bigger issue is that Obama is waging a war against Christians…"

More Trump: "… Christians need support in this country. Their religious liberty is at stake."

When asked whether Trump thinks Pres. Obama is a Muslim, Lewandowski said only Trump speaks for Trump. Criticized press coverage of Q.

Maybe Lewandowski is correct that this answer will be ejected into the political atmosphere at warp speed, and it’s not like Trump himself called for Muslims to be removed. But if you’ll recall, John McCain shut down a questioner during the 2008 campaign who said Obama was not an American.

Trump certainly didn’t live up to that low bar that McCain set.

As far as Trump losing any ground because of the statement, it’s hard to believe that will happen. If Trump can say McCain isn’t a war hero with few poll-dropping repercussions, he may not get dinged for making the relaambiguous statement he made Thursday.