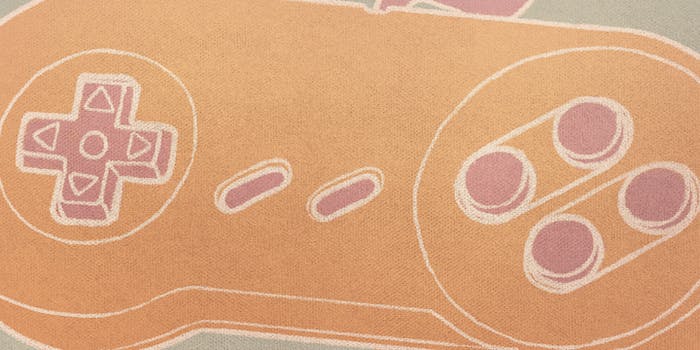 We're sure Gamergate won't react hysterically to this news, no sir.

Everything about Gamergate is just plain awful. But is it so awful that it merits an FBI investigation?

Rep. Katherine Clark (D-Mass.) thinks so. Clark represents Massachusetts’ fifth district, home to Brianna Wu, Gamergate Public Enemy No. 1. Wu, a video game developer in Boston, has been the target of ceaseless vitriol and threats for her harsh criticism of Gamergate.

On Tuesday, Clark announced that she wanted the FBI to investigate the torrent of abuse that Gamergaters have heaped on Wu and other people—especially women—who have called for a more diverse video-game community. Gamergate supporters have tweeted their intent to rape, murder, and otherwise violently harm Wu and her allies. Anita Sarkeesian, another top Gamergate enemy, was forced to cancel a speech at Utah State University in October after someone purportedly affiliated with Gamergate threatened to shoot up the school.

“We discovered this fall that Brianna was a constituent and reached out to her about what we could do,” Clark said in announcing her campaign. “That led us eventually speaking with the FBI about how they’re handling these cases.”

Clark said that her office had been trying to convince the FBI of the need to act for months, but that Gamergate was “clearly just not one of their priorities.”

“For me as a former prosecutor,” Clark said, “it echoed what we would see 20 years ago around domestic violence.”

In an interview with Jezebel, Wu said: “It’s hard to over-stress just how supportive Clark’s office has been to me, and how concerned they’ve been about the problem. Law enforcement is taking this seriously thanks to her. It really speaks to the need to get women elected.”

Clark has sent a letter to every member of Congress warning them about the damage Gamergate is doing.

“These threats have not only impacted these women’s lives and their ability to work,” the letter reads, “they have the potential to silence female voices and deter young women from entering their chosen profession.”

Unsurprisingly, most Gamergaters aren’t happy with this new scrutiny.

@Jezebel @EvilBobDALMYT @RepKClark Worry about rising income inequallity? Someone may have been called a bad name! Attack the distraction!

@RepKClark I completely agree & when the @FBI investigation vindicates #GamerGate what will you do then? Publicly apologize?

Some of them are embracing the FBI’s attention, but only out of the misguided belief that they can somehow convince the bureau of their innocence.

Meanwhile, the rest of the Internet knows what’s about to happen.