Hector Xavier Monsegur, better known online as Sabu, was the co-founder of LulzSec, a hacking group behind some of the most high-profile hacks of the 21st century. Notorious in hacker circles, Sabu served as in FBI informant after his arrest on June 7, 2011, and his efforts were credited with both the prevention of 300 cyberattacks and the arrest of several other notable contemporaries. He was released in May 2014 and currently works in the private sector. 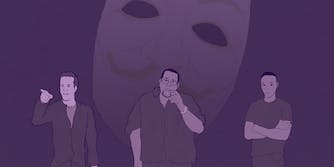