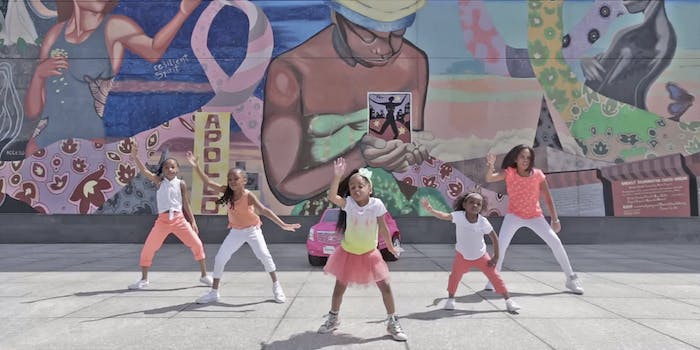 YouTube debuts Trending Tab, and with it the 10 most popular clips of 2015

One Silento to rule them all.

YouTube is making it easier to see what’s moving the needle on the service with a new Trending Tab, debuting today on the platform.

The Trending Tab will aggregate popular and buzzworthy video, filtering across all YouTube apps like Red and YouTube Music, as well as the desktop service. To emphasize the impact of YouTube trends, the service announced the 10 highest-trending videos in the general and music categories for 2015.

Trending videos of the year are determined based on based on views, shares, comments, likes, and more, according to YouTube. Overall, the trending videos have been watched for 25 million hours, collectively, and have an aggregate of 6.5 billion views.

For all trending videos, Silento’s “Watch Me (Whip/Nae Nae)” performed by Heaven King marks the first year where a dance video hit the top of the trending videos chart. The song gained traction thanks to a partnership with multichannel network DanceOn, and skyrocketed up the music charts in addition to the YouTube ones. Other top videos include Super Bowl commercials, prank videos, and TV clips from shows like Lip Sync Battle and Britain’s Got Talent.

On the music video side, the official Silento video still makes the chart, but is down at No. 10. On top is Wiz Khalifa and Charlie Puth’s track from the Furious 7 soundtrack, paying tribute to Paul Walker. Adele’s “Hello,” despite breaking records, hasn’t been on YouTube long enough to rack up enough longterm hits to move it above a No. 9 spot.

For the first time ever, YouTube also announced a trending songs list, which doesn’t tie to specific video uploads, but instead tracks songs that are most popular as uploads in cover songs, dance performances, fan tributes, and in any other way across the system. Topping off that list was Bruno Mars’ “Uptown Funk,” while longterm viral successes like “Gangnam Style” still make the chart.