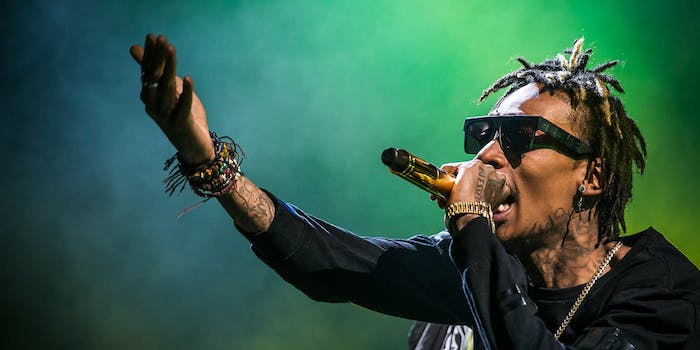 Wiz Khalifa ‘slammed and cuffed’ at L.A.X. for riding hoverboard

Hoverboarding is not a crime.

Wiz Khalifa was arrested at L.A.X. on Saturday for a brave new infraction: riding a hoverboard.

The rapper arrived at L.A.X. after performing a handful of shows in Europe, and apparently proceeded to jump on a “hoverboard,” which is more likely one of these things or these things. Cops then reportedly asked him to get off the hoverboard.

There’s footage of Khalifa talking to cops, telling them, “We can have all the conversations you want to. You can end up on TMZ, destined to become as famous as you wanna be.” Then there’s video of him on the ground as cops tell him repeatedly to stop resisting, even though there are roughly six cops on him and Khalifa assures them he’s not resisting.

All because I didn't want to ditch the technogy everyone will be using in the next 6 months. Do what you want kids. pic.twitter.com/7F0KIQgFrA

3 cops yell stop resisting. Only thing to do is let em know. I'm not resisting, I'm doin what I want.

Khalifa also had a vision of the future, and he’s going to be on the ground floor of this particular revolution.

What's even funnier than them not bein able to do shit is they'll be riding them soon as well. Maybe ones I design. https://t.co/ITTewi2NzZ

LAPD has not yet released a statement on the incident. Khalifa seems to be doing OK, though.

I got some awesome weed and a bad one to roll it for me so it's all good.