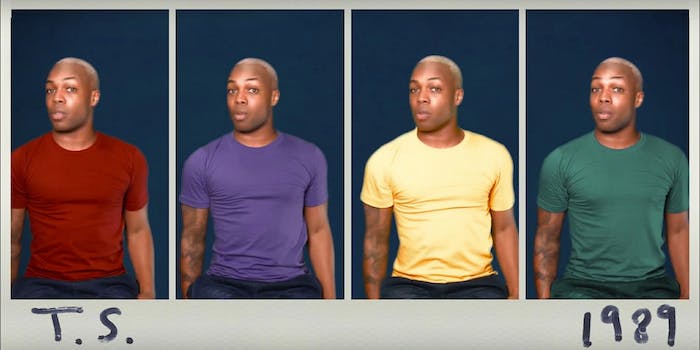 Everyone seems to be covering Taylor Swift lately, with Ryan Adams’ cover of 1989 and Father John Misty’s cover of Adams in particular quickly becoming earworms. But Todrick Hall now is adding his take on Swift’s music, and you won’t be able to shake it off anytime soon.

Hall has already expertly mashed up Beyoncé’s entire discography and Disney songs, and he takes the same amount of care when it comes to Swift’s songs. He doesn’t limit himself just to 1989, including a number of hits from Red, singles “You Belong With Me” and “Love Story,” and even some lesser known songs such as “Picture to Burn.”

It’s Swiftian overload, and we’re all for it.

Like she did for many previous fan covers of her songs, Swift quickly gave her seal of approval—and made Hall’s night in the process.

@taylorswift13 NIGHT = MADE, Thank you so much! You have no idea how you've just made my entire night!

My new BFF! Thanx @taylorswift13 for inviting me to your show! #1989worldtour https://t.co/8q66bebKLD pic.twitter.com/PfyLGctnH8

KILLIN it with @taylorswift13 pic.twitter.com/otc9agilC2

@taylorswift auditioning to be the voice of my answering machine! Should I cast her? Or nah?