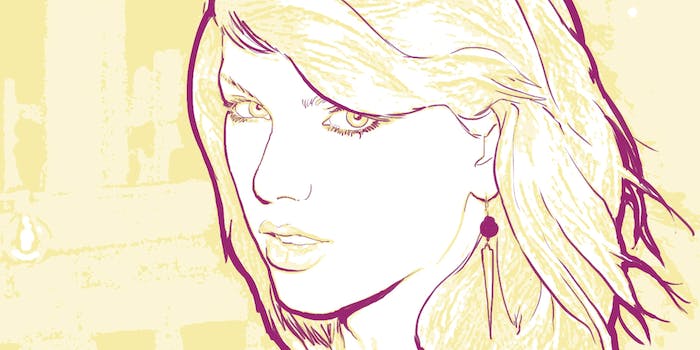 All rise for the diss of the decade.

On Tuesday, California district court judge Gail Standish sent a musician packing after he tried to bring a copyright infringement lawsuit against Taylor Swift. But Standish didn’t just dismiss Jessie Braham’s case—she did so in a closing statement comprised of Taylor Swift lyrics that was so well-crafted and punny it quickly made the rounds on social media.

Braham had copyrighted his own song, “Haters Gone Hate,” in February 2013. The song included the phrase “Haters gone hate, playas gone play. Watch out for them fakers, they’ll fake you everyday.”

According to CNN, Braham filed the suit without an attorney and asked that court fees be waived due to his unemployed status. He sought $42 million from Swift and her label, Sony, as well as a credit on “Shake It Off.”

Unfortunately for Braham, going solo against powerful Sony entertainment lawyers did not pay off at all. In Standish’s ruling, she said that Braham wasn’t able to provide evidence of the musical theft beyond mere speculation.

“At present, the court is not saying that Braham can never, ever, ever get his case back in court,” wrote Standish in the closing statement of the dismissal order. “But for now, we have got problems, and the court is not sure Braham can solve them. As currently drafted—the Complaint has a blank space, one that requires Braham do more than write his name.”

For Braham, and anyone else who tries to mess with the pop goddess, Taylor Swift truly is a nightmare dressed like a daydream.