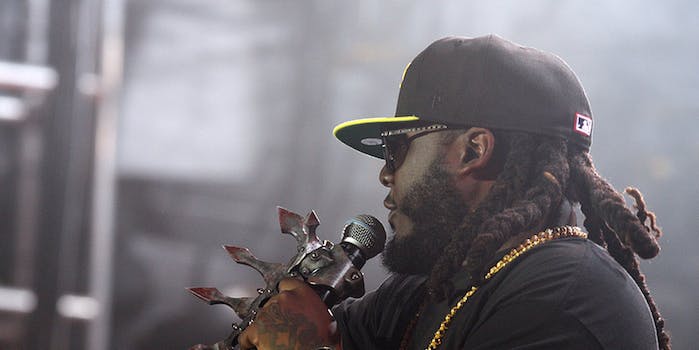 There's a soulful voice under all that sheen.

“People felt like I was using it to sound good,” rap and R&B star T-Pain said of pitch-correcting Auto-Tune software, a staple of some of his biggest hits over the last decade, in a recent interview for All Things Considered. “But I was just using it to sound different.”

If you don’t believe him, here’s the video to prove it: a short and intimate performance staged as part of NPR’s “Tiny Desk Concerts” webseries. “This is weird as hell for me,” T-Pain admits to the crowd before introducing his accompanist and joking that he’s had Auto-Tune “surgically inserted.” Even without it, we’re pleased to report, dude sounds silky smooth.

For comparative study, here are the Auto-Tuned originals:

Now let’s all make fun of Death Cab for Cutie again for “protesting” Auto-Tune abuse at the 2009 Grammys. Though I guess, in the end, they won?