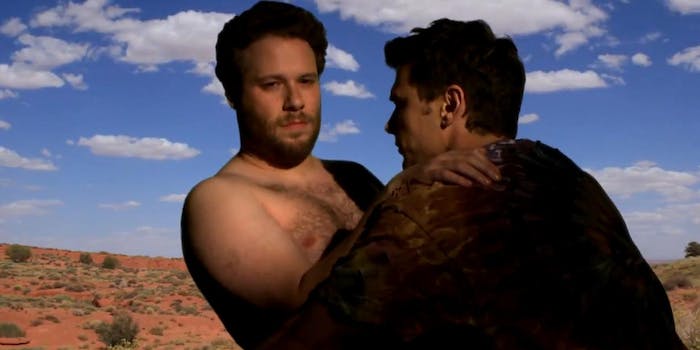 This isn’t a piece of bad fanfiction.

No, this isn’t a piece of bad fanfiction. It’s a shot-for-shot remake of Kanye West’s “Bound 2” music video, and it’s amazing.

In “Bound 3,” Franco plays the role of West while Rogen plays Kim Kardashian, who is actually topless in the original video.

Franco posted the video on his Facebook page this afternoon where it has been pretty much unviewable because of all the traffic it’s receiving. Thankfully, someone uploaded it to YouTube.

And here’s the original “Bound 2” video. Who did it better?