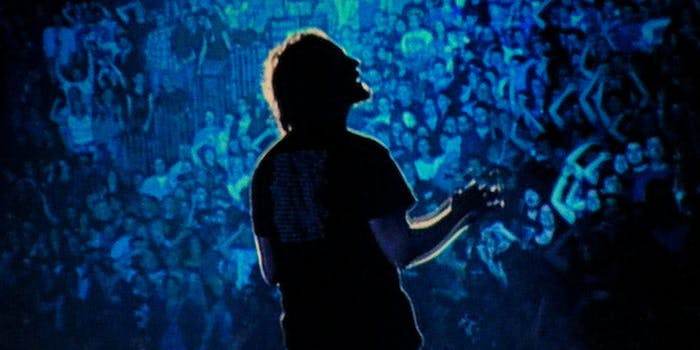 Now even Pearl Jam is covering ‘Let It Go’

Just when you thought it was safe to get back in the Internet, someone else is covering Frozen’s indomitable, Oscar-winning song, “Let It Go.” Only this time, it’s not a traffic reporter’s rendition or an adorable baby who cries when she hears the song. Now, Pearl Jam is covering it.

During a Friday night concert in Milan, Italy, the band segued from their song “Daughter” into the chorus of “Let It Go,” and it was pretty seamless. I could also see this working with “Even Flow.”

My 15-year-old self and 30-something self are very conflicted right now.