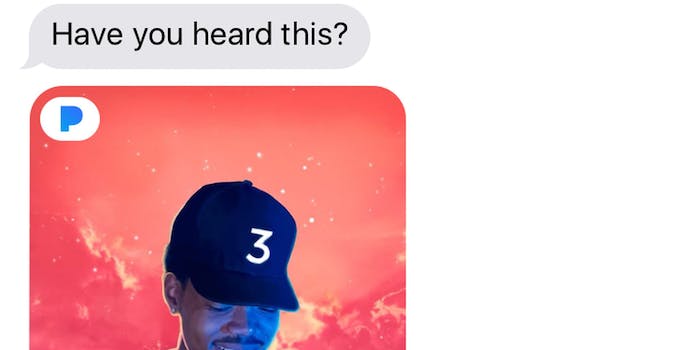 Effective Thursday, anyone can search any song harbored by the music streaming giant, open the iMessage extension on Pandora, and curate music for friends on the go. Your friend on the receiving end gets a 30-second sample, and the option to explore the band via their Pandora app. 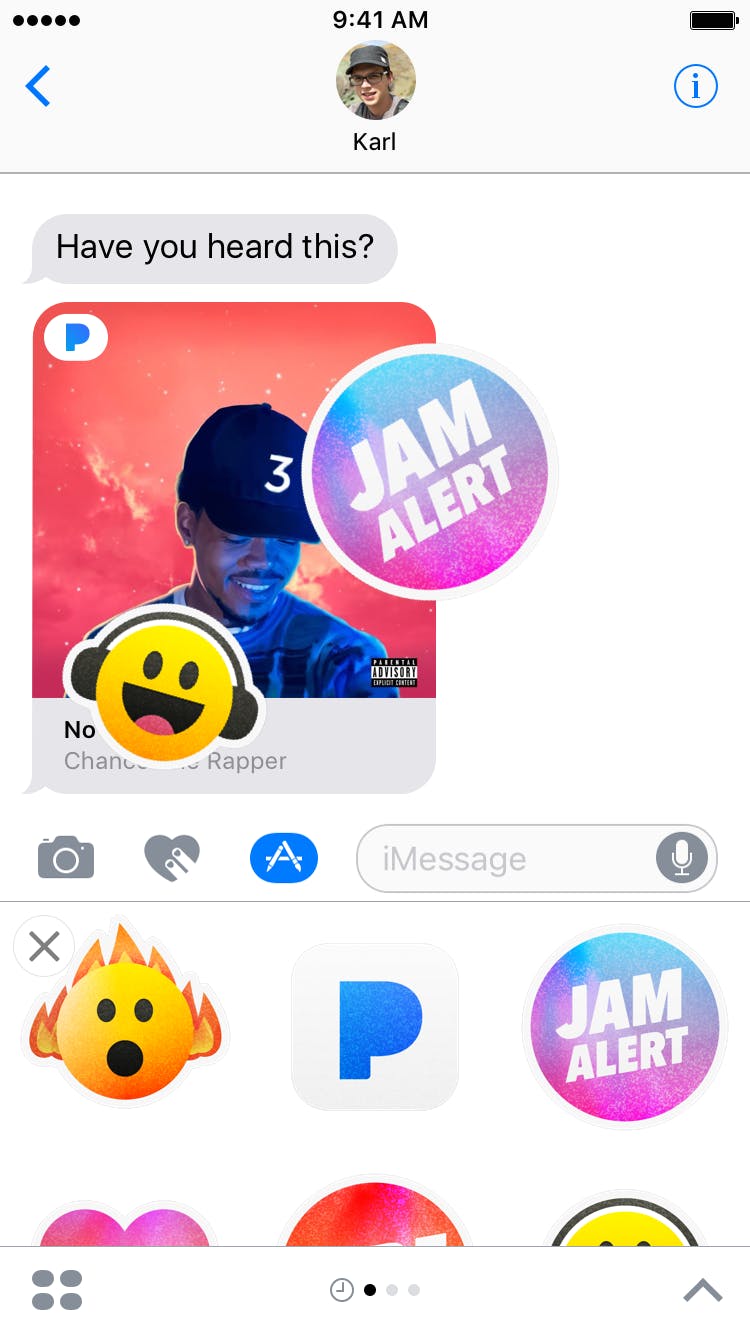 To do this, just select the App Store icon in your iMessage (make sure iOS 10 is already on your iPhone), search for Pandora, and install the app. If you already have it, just click on the Manage tab to turn on the feature.

It’s a feature that Apple Music and Shazam have likewise featured in iMessage, but those two link out to apps. And as anyone who has ever sampled a Chainsmokers track can attest to, sometimes you only need 30 seconds to realize you passionately hate something.