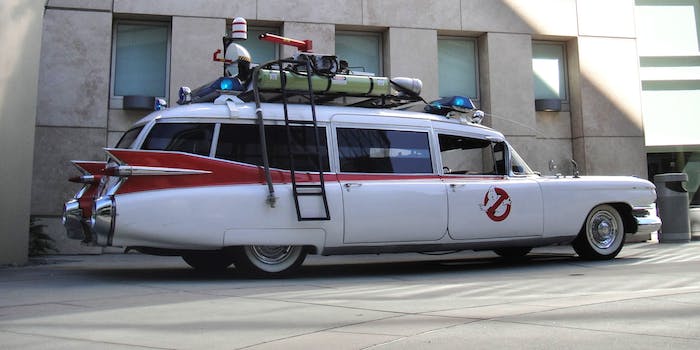 After months of speculation and hand-wringing and vision-boarding, the cast of the all-lady Ghostbusters reboot has finally been announced, and it’s an SNL-heavy affair.

According to the Hollywood Reporter, current Saturday Night Live cast members Kate McKinnon and Leslie Jones are in negotiations for the film, as is former cast member Kristen Wiig. Her Bridesmaids co-star Melissa McCarthy is confirmed. OG Ghostbuster Bill Murray apparently predicted Wiig and McCarthy’s inclusion, though his involvement in the next installment is still unclear. After Harold Ramis (who played Dr. Egon Spengler in the original movie) passed away last year, original director Ivan Reitman bowed out of directing Ghostbusters 3.

Bridesmaids director Paul Feig not-so-subtly announced the cast on Twitter today, and will helm the reboot, which is scheduled to start shooting this summer in New York.

No word if Dana or Zuul is on board.