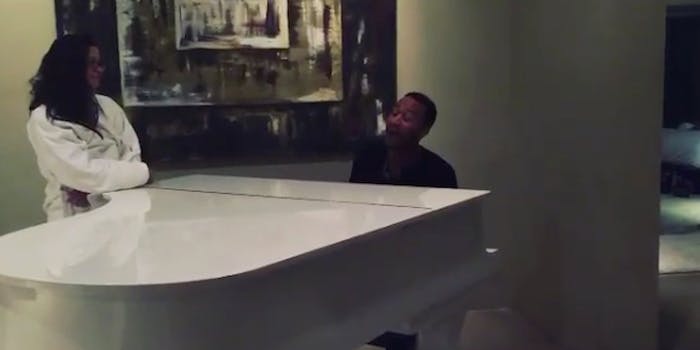 These are the best days of our lives.

As if you needed another reason to want to hang out with social media’s chillest, most fun celebrity couple.

Oh, to be Vanessa and have your passion for an unhinged, sex-crazed 20-something waitstaff set to the soothing sounds of a nine-time Grammy award winner’s voice.

This one’s for you tonight!