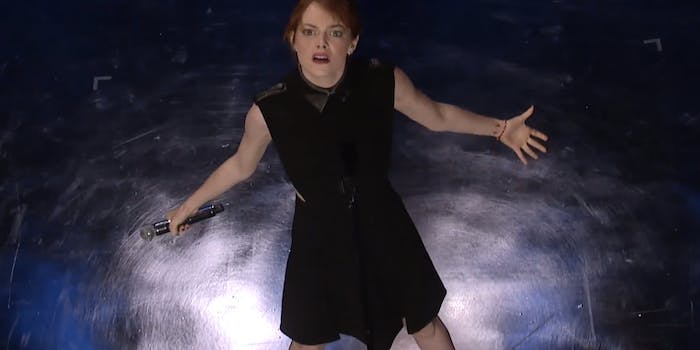 Would you watch an entire series of this?

Can there be celebrity lip-synch overkill?

We’ll be able to test the theory when the hugely successful and popular segment from The Tonight Show Starring Jimmy Fallon gets its own spinoff this spring, thanks to Spike TV.

Fallon first forayed into the lip-synch battle arena when Stephen Merchant and John Krasinski brought the idea for the segment to The Tonight Show, and from there it’s exploded. Fallon and Merchant announced the new show this week on air.

There’s no doubt that the public has an interest in the battles, with each clip racking up tens of millions of views on YouTube. The success of the show will likely hinge on the level of talent they can pull in, which shouldn’t be difficult with Fallon, Krasinski, and Merchant on board. If we can use the Internet as a barometer, YouTube series like Epic Rap Battles of History prove there’s an audience for rap-battle content. The question is whether it makes for successful television, or just Internet clickbait.

Although the show tapes in January, fans will have to wait until April 2 to find out who reigns supreme. Until then, we can get nostalgic about the original lip-synch moments we’ve come to love.