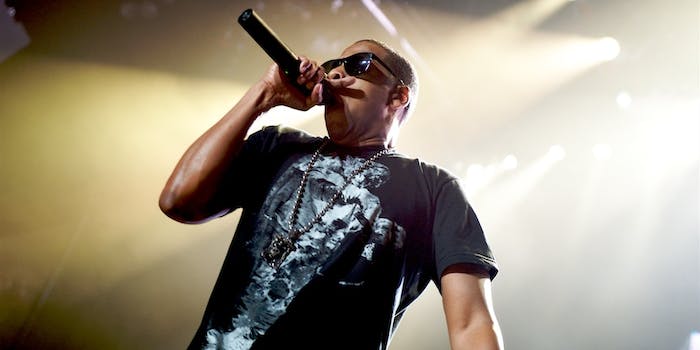 He's in his own lane.

Since the debut of streaming service Tidal, Jay Z has been very upfront about addressing his critics. Last month, he rolled out a tweetstorm defending the service and offering #TidalFacts about how well they’re doing. Last night, he took aim at critics once again with a freestyle.

Saturday was Jay Z’s B-Sides concert, which was streamed on Tidal, and near the top of a pretty epic setlist was a freestyle during which he laid it all out the best way he knows how. He referenced Freddie Gray and Mike Brown. He called out YouTube (“the biggest culprit”), Google, and Spotify:

“You bought nine iPhones and Steve Jobs is rich/Phil Knight worth trillions you still bought those kicks/Spotify’s nine billion and they ain’t say shit!”

Watch the full concert here, while you can.